I unsubscribed to Humble Monthly for a while after a few months of bad bundles where not a single game appealed to me.  Recently, however, I started feeling like my Steam library was getting a little empty, so I reactivated my subscription.  I’m not sure if I will keep it forever, but while I have it, my monthly bundle reviews are coming back!  Basically, I play every game for a little bit and give my first impressions, ending each segment with how likely I believe it is that I will ever come back to a given title later.  This forces me to try everything I buy, which makes me more likely to find hidden gems and not have titles collect dust on my virtual shelves, and it also allows people on the fence about the service to decide if the overall product is worth their money.  Now, with the explanation out of the way, let’s see what the month of October brought me!

As always, I like to start with the DRM-free Humble Original title, which is Roman Sands.  This is a weird game, but definitely an intriguing one.  I don’t actually want to spoil any of the reveals, even if they happen early on in the experience.  Basically, all players need to know going in is that they will be playing as a character with amnesia as they traverse a resort where not all is as it seems.  It’s got unique visuals and a hook that makes me want to keep playing right to the end, so I know I will be going back to this one soon.

Over the years, I have accumulated a vast library of games from Spiderweb Software, and yet, to my knowledge, today marks the first time that I have ever actually tried one.  Avernum 3:  Ruined World is an indie RPG that features turn-based combat, party building, and lots of dialogue choices.  The central premise is the highlight here.  People who didn’t fit the societal mold were thrown into this dungeon called Avernum for years, until there were so many people down there that they started an entire society.  After defeating those who live above ground in an uprising, the player’s party is tasked with the bravest of potential tasks:  Go above ground for the first time.  While the graphics are definitely rough, as this is a remake of an older title, I’m definitely interested in learning more.  I may not play this specific entry in Spiderweb Software’s impressive repertoire right now, as I would prefer to start with the beginning of a series, but I am going to investigate some of the other RPGs I own from the developers and find one that I am interested in giving a shot. 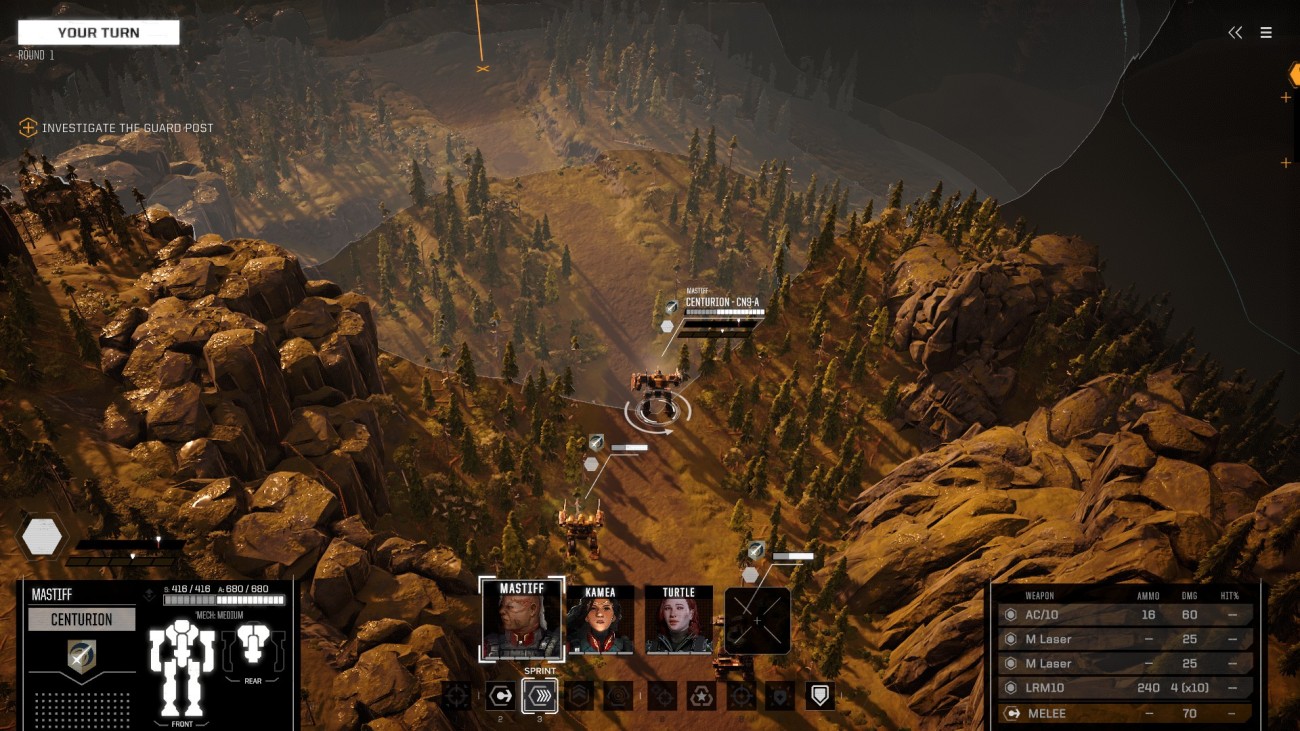 Honestly, nine times out of ten, if I see a game is published by Paradox Interactive, I just instinctively know that I won’t enjoy my experience.  I have nothing against Paradox and I think their games are generally of a high quality, but I rarely enjoy strategy titles.  Therefore, going into BATTLETECH, which came with both of its currently available expansion packs, I had low expectations.  Unfortunately, my gut reaction turned out to be fairly accurate, as I found that my experience with this game was bogged down with tutorials and just not fun.  People who enjoy tactics-based combat and strategy titles will probably have a lot of fun with this, but it just isn’t for me.

This bundle definitely has a mech theme to it, as Override is the second title to feature piloting giant robots.  In this case, however, the game plays more like a beat-em-up, where players are tasked with preventing monsters from attacking cities around the world.  While this is clearly a primarily multiplayer-focused title, there is a single-player campaign that, at least so far, seems to be fairly in-depth and engaging.  While I doubt that I am ever going to play this game with others, I’m pretty excited to work my way through the remainder of the story mode and see what happens. 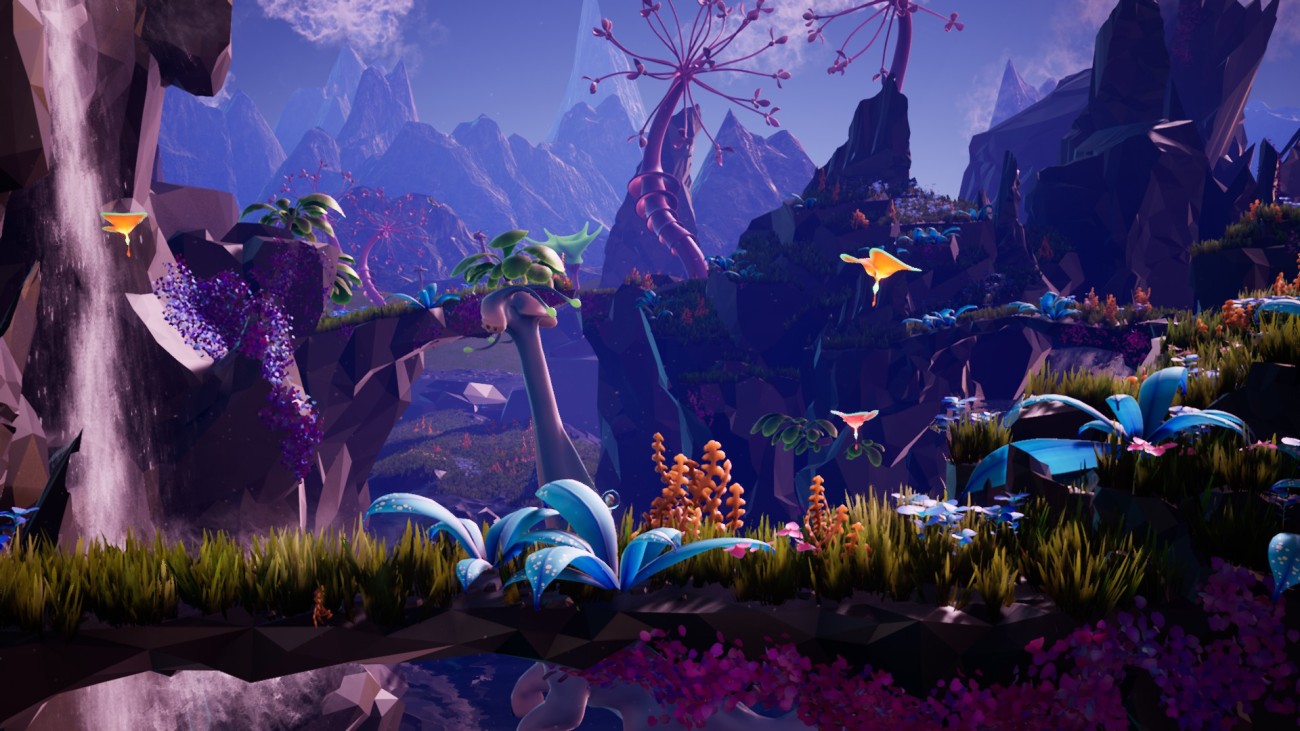 The first thing that I noticed about PLANET ALPHA is the unique art style.  Everything is so vibrant and it catches my eye right away.  Apart from the prettiness of the title, however, this is a pretty standard 2D puzzle-platforming experience.  Honestly, this isn’t a genre I enjoy that much, so I don’t have super high expectations for how much I will actually like playing the rest of this game.  That said, because of the unique setting, I think I will be putting a little more time in, simply to see the variety of different environments that I’m certain will appear before the credits roll.

Does anyone remember that old internet game where players had to navigate a maze without touching any walls, only to get jump-scared after a few levels?  Puss! is basically that same concept, but expanded into a full experience.  It’s incredibly weird, using all manner of strange visual effects in order to confuse the player.  Personally, I don’t like having a limited number of lives available to get through a block of levels at a time, so I suspect I would find this one too frustrating to continue playing.  For anyone who isn’t bothered by that mechanic, however, this is a genuinely well put-together title that I would recommend checking out. 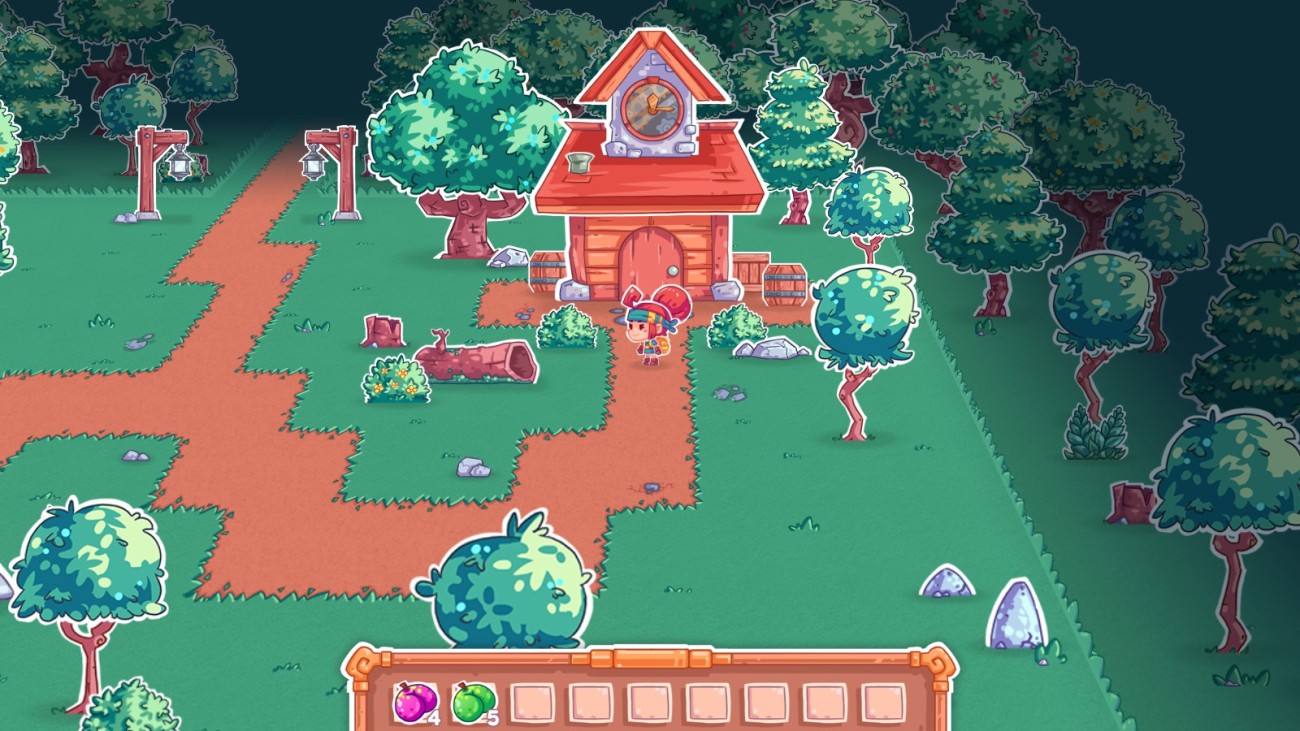 The Spiral Scouts has the look of Paper Mario and the humor of South Park, which may sound like a strange combination, but it works well.  From the small amount that I have played so far, I found myself regularly laughing out loud at the goofy jokes and potty humor.  This is definitely not a children’s game, no matter how cute it may look.  The best part is that the actual puzzles are varied and sometimes a little on the demanding side, so it actually makes me think once in a while!  Of all of the titles in this bundle, this is the one that I am most likely to finish.

I actually have Sonic Mania on my PS4 and have been playing it in small amounts for a while now.  Still, I wanted to give the PC port a shot in order to report back on whether I think it’s any good, and honestly, I would probably pick it up on console.  The controls are really weird and the movement just doesn’t feel as natural on a keyboard and mouse as it does on a controller.  While I will probably finish this game eventually, it’s not likely that I will ever touch the PC copy again.

Overall, this isn’t the best bundle for me, especially since the primary title, BATTLETECH, was a huge miss for me, but I’m still pleased with a few of the games.  The Spiral Scouts is one that I am likely to finish, and I plan to give a little more time to PLANET ALPHA and Override, in order to give them more time to impress me.  Next month’s bundle is already showing promise, as it contains Call of Duty:  World War II, and the remakes of Spyro and Crash Bandicoot, so that alone probably means I will have better luck in November.

What did you think of this month’s bundle?  Let me know in the comments below!