I try not to pressure myself too much with goals that force me to read a predetermined set of books.  In general, I tend to be happiest as a reader when I can just scan my bookshelves and pick what sounds most interesting to me at a given moment.  With that said, however, I am quickly accumulating a number of titles that I want to prioritize in the near future, so I thought I would create a list of them.  This list is not a guarantee that I will actually read all twenty of them throughout the year, but I hope to pick up at least some of them over the next twelve months.

I haven’t officially written my goals of 2020 post yet, but when I do, one of my major points will be to read a lot more fantasy.  While the Dark Tower series is probably a little less obviously fantasy than the knights-on-horseback, dragon-slaying epics that usually come to mind when thinking about the genre, I love Stephen King and this is a series that I hope to start soon.  Speaking of Stephen King…

A running theme throughout this list is that I have been putting off a lot of large books due to a fear of their size.  IT is one of the longest books I own, and it is time I read it so I can finally watch the movie adaptations.  The Stand is one of my favorite books of all time, so I have high hopes for this one, as well. 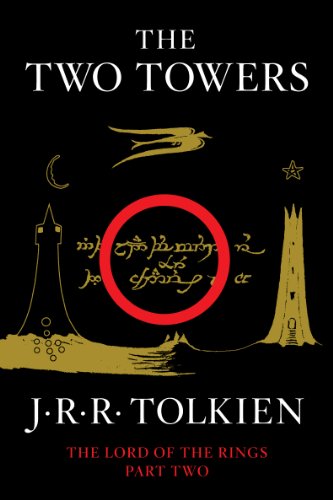 In addition to starting a number of new fantasy series, I also want to finish some of the ones that I have already started.  I’m not going to even pretend that The Fellowship of the Ring is a book that I enjoyed all that much, as I personally find Tolkien’s writing style to be a little dry.  Regardless, I appreciate what this series did for the fantasy genre and I am determined to continue through this trilogy in order to have a greater appreciation for how modern works have used this series’ influence. 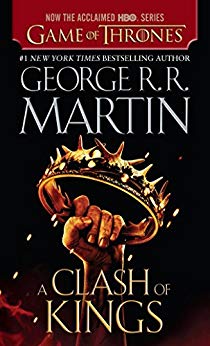 I loved A Game of Thrones when I read it this year, and with the way the first book ended, I have every expectation that I will enjoy A Clash of Kings even more.  Again, this title is huge and I find that George R.R. Martin’s writing style can be a little difficult to get into, but I want to watch the TV series and refuse to start it until I am caught up on the books, which is a good incentive to keep reading.

I read The Bone Season earlier this year and I didn’t think it was an exceptional book, but the world-building was phenomenal and it kept me intrigued enough that I still want to check out the rest of the series.  Samantha Shannon is a writer that I believe has the potential to pull off something really great with this series, so I want to read the second book in order to see where she goes next.

By now, it should be pretty clear that I am completely serious when I say that I expect the fantasy genre to take over my life in 2020, but I want to make sure that I am reading beyond the titles inspired by medieval Europe, as I suspect that seeing the same basic setting repeatedly might get dull after a while.  I actually read the first chapter of this book when I was trying to decide what I wanted to read next, and it hooked me right away.  I suspect that this will be the first title that I read off of this list.

I have seen this book around a few times and, honestly, given its length, I know very little about it and want to keep it that way.  This book looks like it will be weird and maybe a little creepy, which is exactly what I want in a small novella like this.  In addition to reading fantasy, I want to make sure I continue to expand my horizons each year with the sorts of books I pick up, and The Test looks like it will be just far enough out of my comfort zone to stretch out my reading tastes a little. 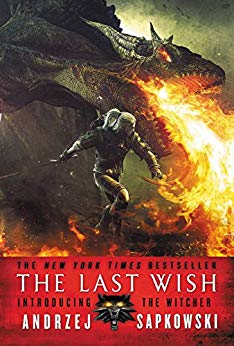 I played The Witcher 3 this year and fell in love with the dark and twisted world that Sapowski created.  Any day now, I am going to start watching the TV show, so I should probably pick up at least one of the books, as well.  I’m not totally sure what to expect from the original books that inspired the video games, but I’m eager to find out more about the world’s lore.

9.  The Sea of Monsters – Rick Riordan

I loved the first Percy Jackson and the Olympians book, but for some reason, I haven’t picked up the rest of the series yet.  As a huge fan of any sort of mythology-inspired story, I suspect that I will have a lot of fun with all of Riordan’s books, but I want to read them in publication order.  Therefore, I need to continue on with this series as soon as possible!

I thought I would list these three books together, as these are the three oldest books on my Goodreads To-Read shelf.  They are all from vastly different genres, and in spite of being on this shelf for four years, I still want to get to all three of them.  Hopefully that happens in 2020, because otherwise, I think I should probably just admit that I’m never going to read them. 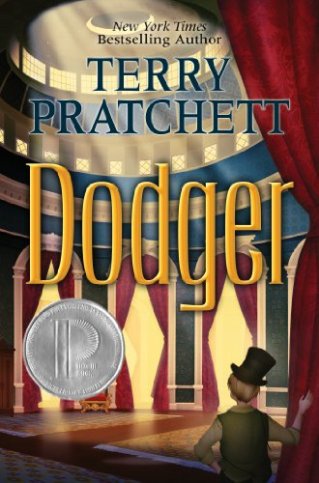 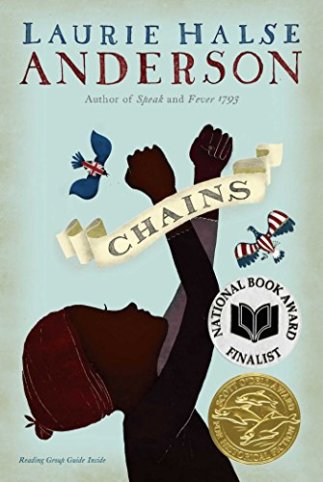 Similarly to the previous three books, these are the four oldest books on my Kindle shelf, meaning that I have probably owned them all since high school.  Again, in spite of how long I have owned them, I actually do want to pick all of these up eventually, and I hope 2020 will be the year that I finally give them all a chance. 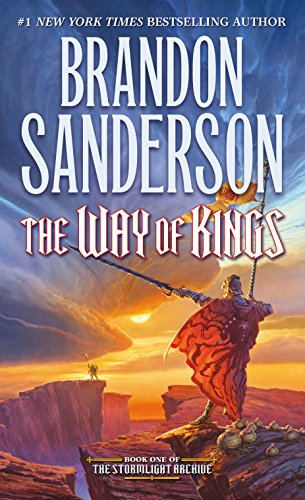 17.  The Way of Kings – Brandon Sanderson

I’m a little afraid to put this book on the list because it’s absolutely massive, but with the fourth book coming out in 2020, I really want to give this a shot and see why everyone calls Brandon Sanderson the modern king of fantasy.  In particular, I’m curious to see how this stacks up in comparison to George R.R. Martin, as I am still trying to get a feel for the kind of fantasy story that I tend to enjoy most. 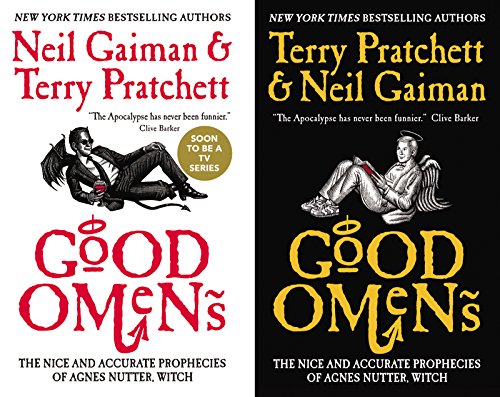 I’m still trying to decide if I like Neil Gaiman or not.  Stardust is a personal favorite of mine, but nothing else I have read from him has worked for me yet.  Terry Pratchett, on the other hand, I have simply never read.  Picking a book co-written by them probably isn’t the best idea, but I’m still intrigued by the premise and I want to give it a try.

I love historical fiction, but I don’t read nearly enough of it.  I would like to change that in 2020 by picking up Salt to the Sea.  What I love about Sepetys is that she tends to focus on historical events that aren’t common knowledge to people, so I imagine it will create an air of mystery around the book that I wouldn’t have in a more traditional historical fiction book where I am already familiar with the events that have occurred.

Mass Effect opened my eyes to the world of science fiction, and now I want to explore it more.  I used to think I hated the genre, but I realize now that my opinion stemmed more from feeling uncomfortable within a lot of the fan-bases, as they can sometimes be a little intimidating.  I don’t know much about Leviathan Wakes, but I have heard comparisons to Mass Effect more than once, so this seems like a good place to start.

Those were my twenty books that I hope to get to in 2020!  Like I said, I don’t honestly expect to hit every single one of these, especially given that a lot of these books are quite lengthy.  The bigger goal here is just to have a list of titles I should keep in the back of my mind whenever I can’t find something new to read, as these might help.  At the end of the year, I will do a follow-up where I discuss how much I actually read from this list.  Additionally, if anyone wants to buddy up and read any of these titles together, I would love to have someone to discuss these books with!