Well, we’ve reached the end.  My final group of characters from Danganronpa.  This grouping was the hardest of the three parts because every one of these characters are nearly equal in my love for them.  Therefore, take the ordering with a grain of salt.  I’ll give my rationale for why a character is higher or lower on the list if I have something specific, but just know that I love them all.

Two disclaimers before we begin.  First of all, I love and adore everyone involved in making this series a reality, so when I criticize the voice acting or look of a character, this is a comment that the artistic choice made does not suit my personal tastes, and not an attack on the artist or voice actor.

Second of all, and I cannot stress this enough, this list is going to SPOIL every aspect of the games.  I am going to talk about plot events, murderers, and victims openly, as these events may be the reason the character earned its place on the list.  If you have even the slightest intent to play these games and haven’t yet, then bookmark this list and come back to it later.  All right, on to the list! 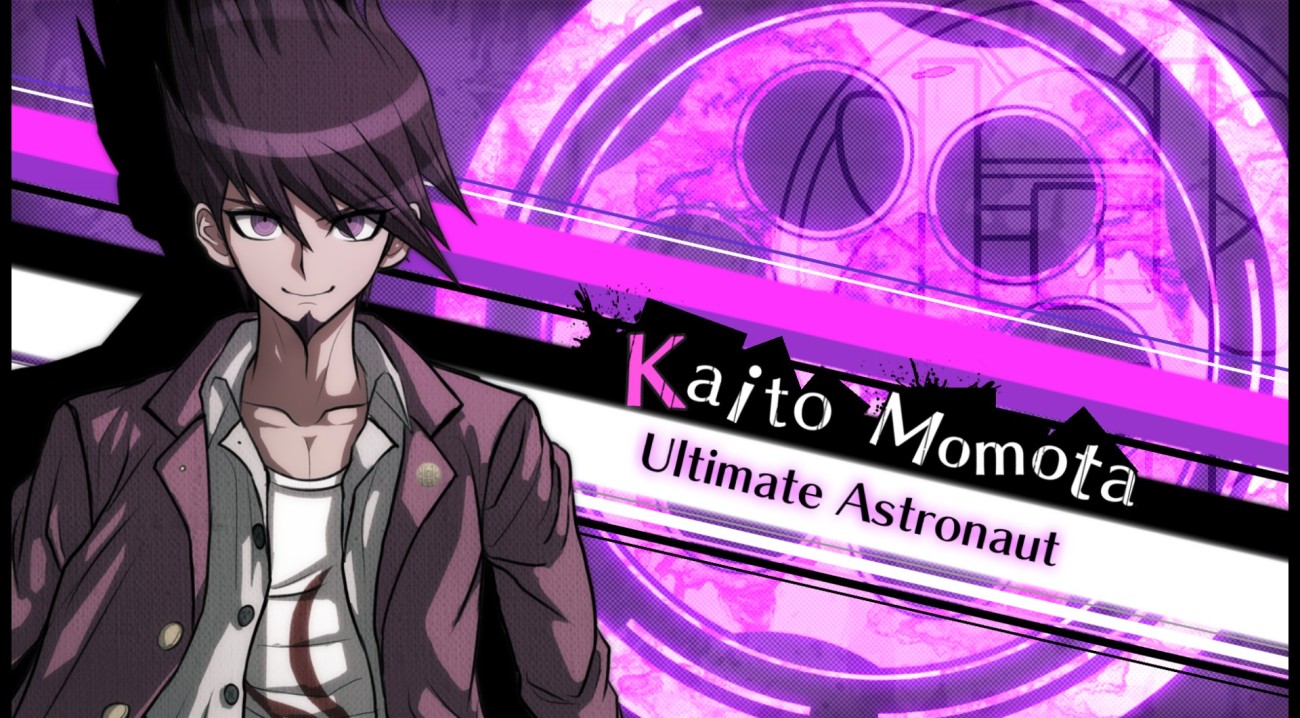 I would say that, on the whole, Danganronpa V3’s characters hurt me the most emotionally, and Kaito’s illness and death was no exception.  Watching him try and be strong for his friends while suffering from an unknown disease was difficult to watch.  He also successfully picked up where Kaede left off, building Shuichi’s confidence so everyone could make it out of each class trial alive.  The only reason he’s not higher on the list is that his overall design isn’t quite as interesting as other characters in this series, and nothing about his personality was overly unique. 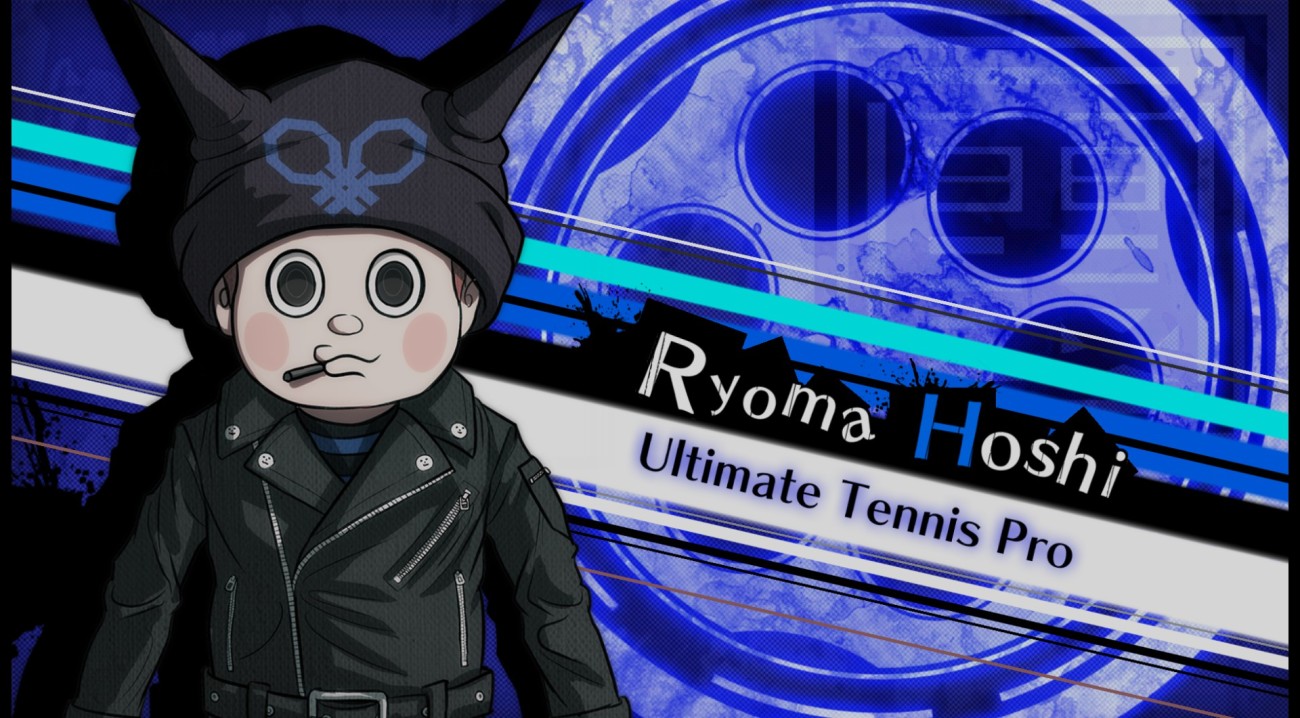 Ryoma is an example of how treacherous the motive videos are.  Kirumi believed herself to be the prime minister’s decision-maker, and Ryoma’s video told him he had nothing to live for.  Therefore, when Kirumi goes to make a kill, Ryoma doesn’t even put up a fight.  The characters that die in chapters two and three always feel like they are on the verge of amazing character development, but never get to see it pan out.  Ryoma is a great example of that, as he commits himself to fighting to live like everyone else, and ultimately gives up all too quickly. 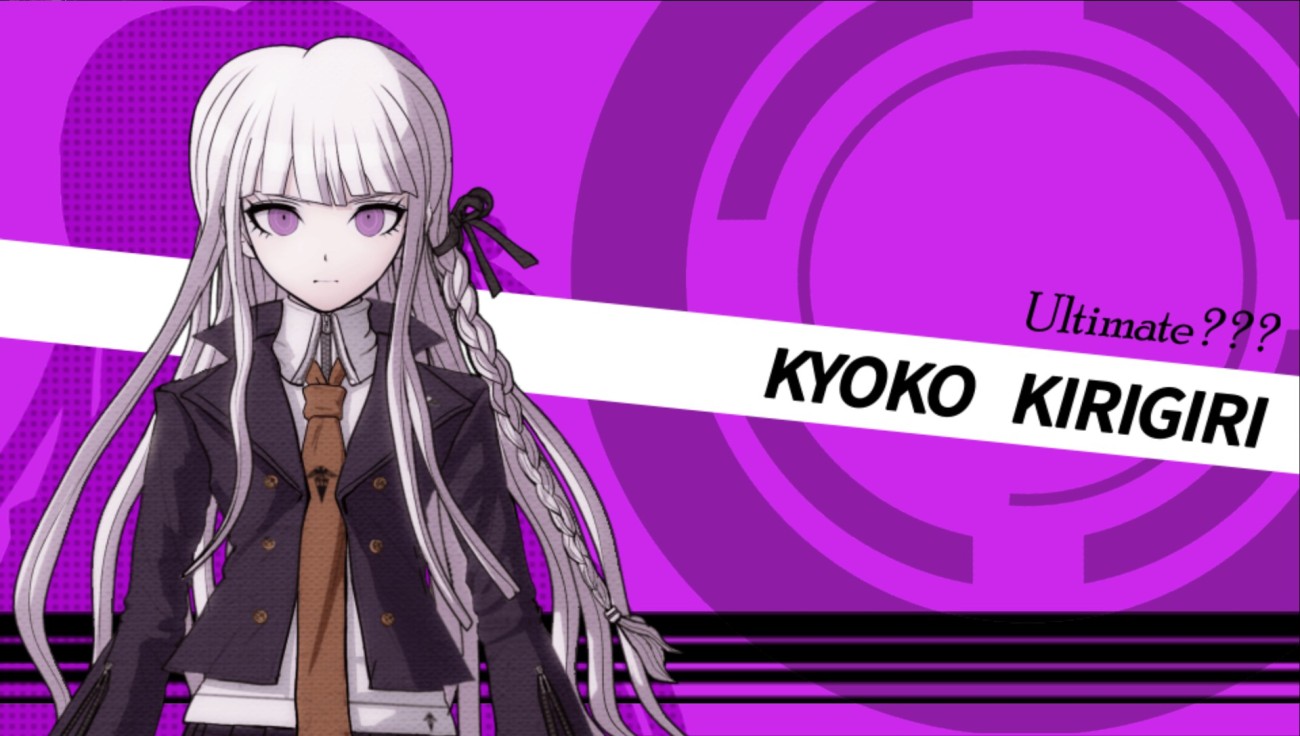 I love Kyoko’s character.  She’s strong-willed and stands up for herself and the others around her.  If she hadn’t stepped in during the class trials, everyone likely would have died repeatedly, as she was dragging everyone else along through the deliberations.  Her ability to stay cool under pressure during the fifth trial and realize that she’s being framed was admirable, though I was pretty upset at her decision to throw Makoto under the bus.  While she is, admittedly, the only person that has the abilities necessary to expose Monokuma, she took advantage of Makoto in a way that feels just as underhanded as Sayaka’s betrayal at the start of the game. 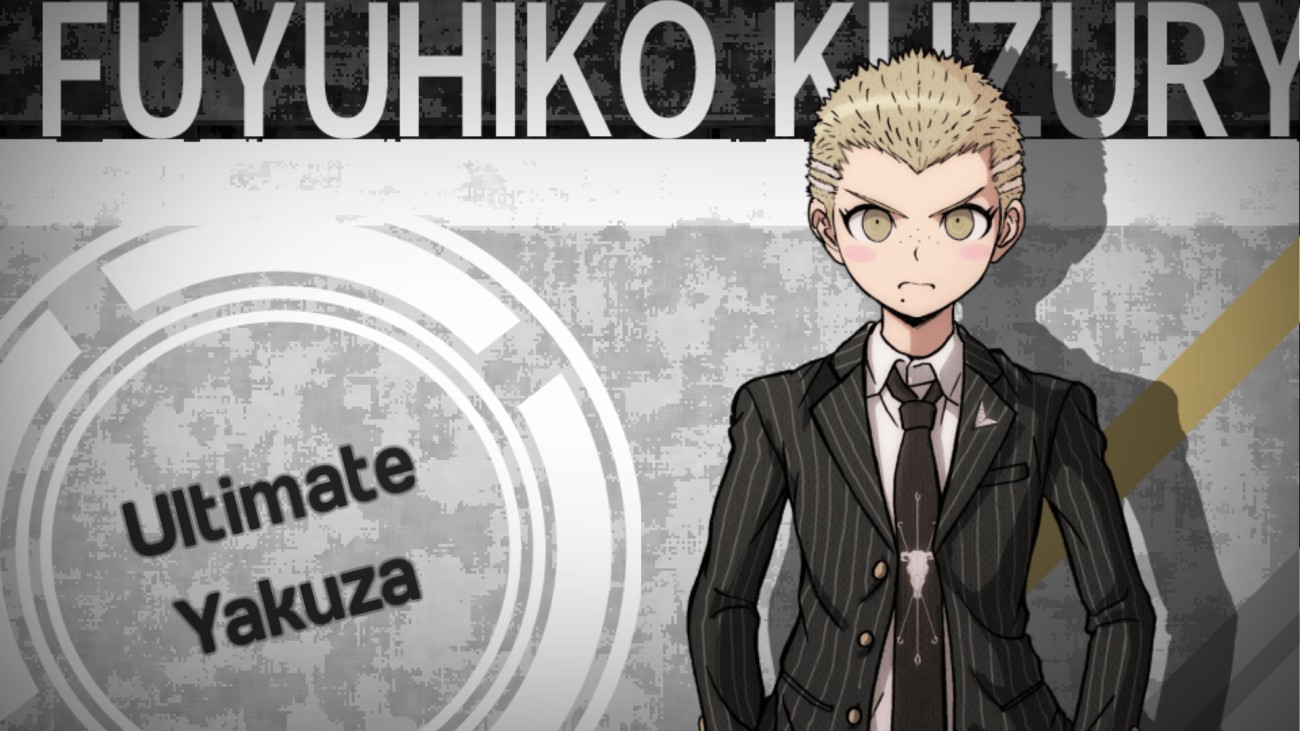 When I first met Fuyuhiko, he seemed like nothing more than a discount Byakuya.  That’s fine, as Danganronpa historically does a really great job with developing sinister, guarded teenagers, but he wasn’t anything special.  After chapter two’s reveal that all he wanted was to be friends with Peko instead of her master, and his subsequent attempt at saving her from her execution, he comes into his own as a character.  After he decides to commit to helping the group escape the killing game, he is fiercely protective and loyal, while still maintaining some walls to keep distance from others. 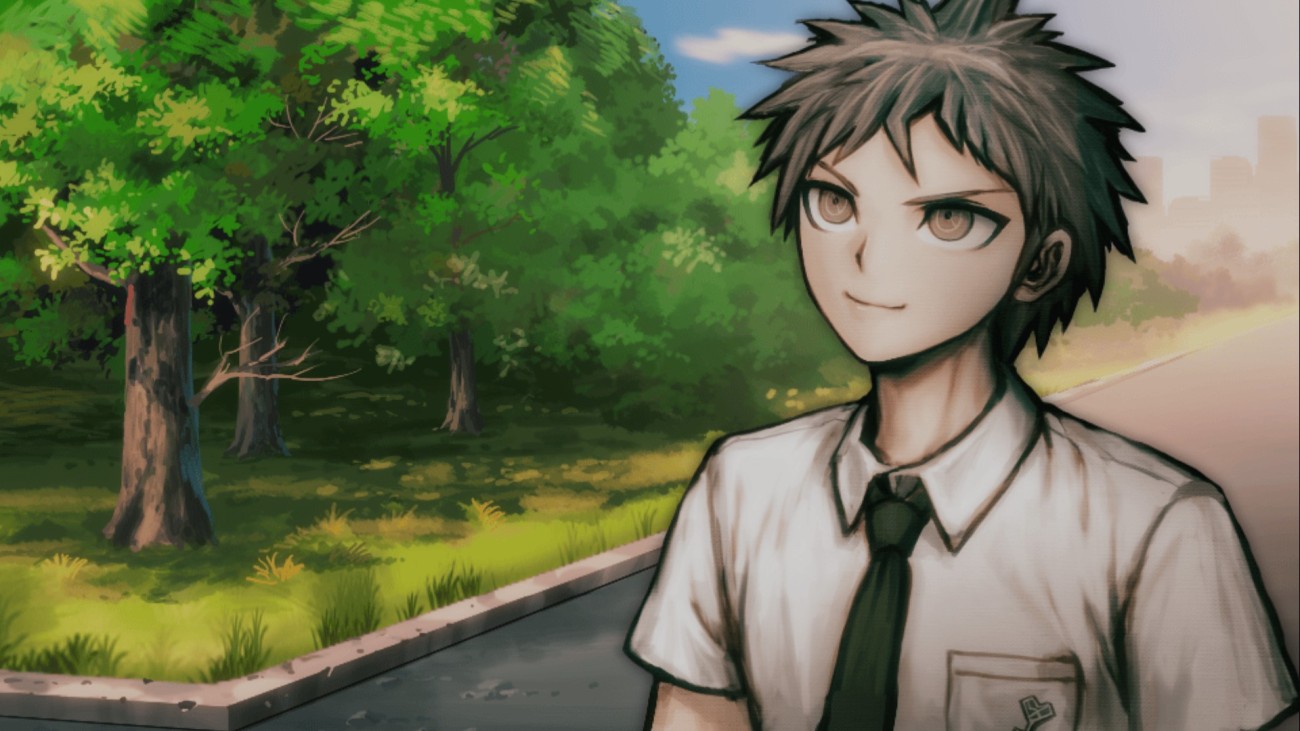 When I first started playing as Hajime, I didn’t much care for him.  He was brighter than Makoto, but that’s a low bar.  Overall, there just didn’t seem to be anything special about him other than his inability to remember his ultimate talent.  As time went on, however, and Hajime continued to be generally unimpressive, the idea that anyone could be an ultimate student and be this generic started to get intriguing.  The reveal that Hajime is a reserve course student with an admiration for ultimate talents that leads him to become Izuru Kamukura, the ultimate hope, via a surgical procedure, is one of my favorite plot twists in the entire series.  Hajime’s attempts to come to terms with his actions is a great bit of character development, and his generic character design makes the twist all the better. 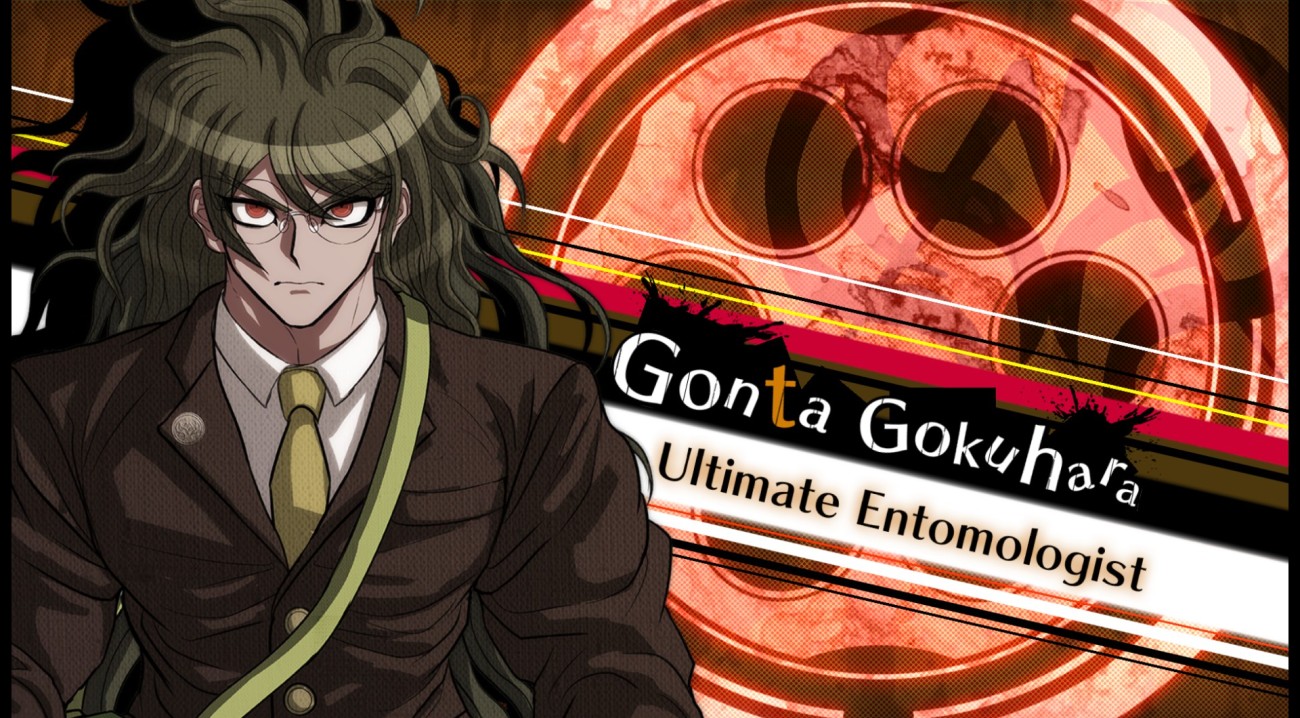 Gonta is just a sweet, lovable teddy bear.  He isn’t as bright as the other characters in the game, which makes him pretty useless during class trials, but he makes up for that by being perpetually cheerful in his never-ending quest to become a gentleman.  His harmless demeanor makes it all the more painful when it comes to light that he was Miu’s murderer in class trial four.  As if that isn’t bad enough, he committed the murder due to a misguided attempt at helping everyone, believing it would be better for everyone to die than live out in the apocalyptic wasteland he believed to be outside the school. 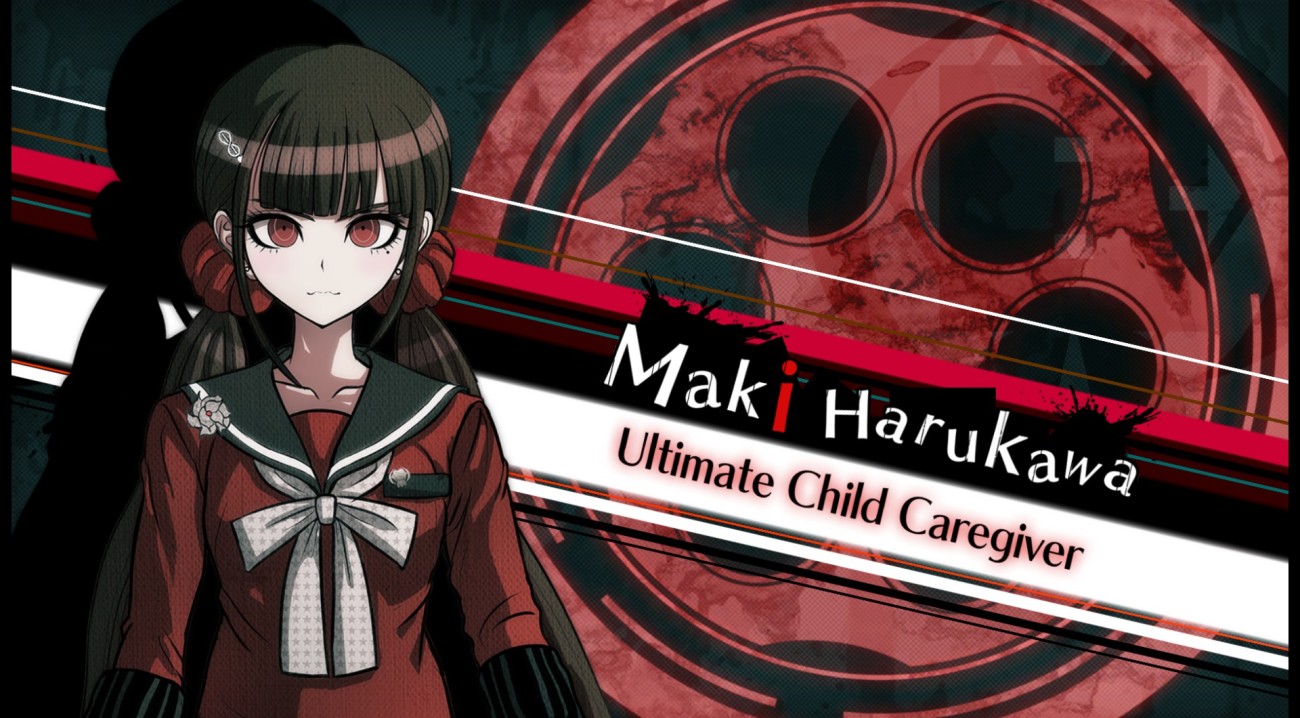 Kicking off the top ten, we have Kyoko, but with a red color palate and without the betrayal.  Maki’s character stylistically looks fantastic, and actually pretty close to what one might imagine an ultimate assassin would look like.  The aspect that really sold me was her budding relationship with Kaito, however.  She slowly was falling in love with him, but didn’t know how to properly express it due to her training as an assassin.  This led her to slowly let her guard down and learn how to trust others.  After Kaito’s death, she helped in leading everyone towards exposing Tsumugi and escaping the school. 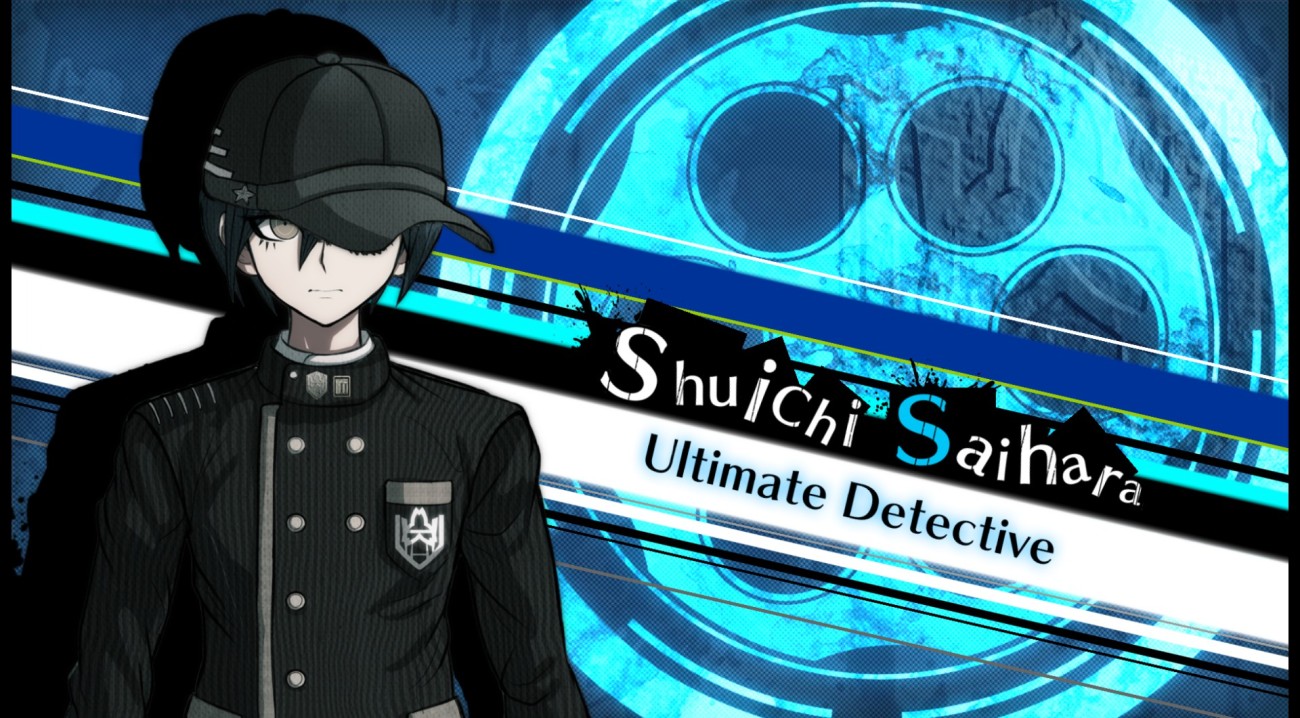 Shuichi is the best protagonist of the series because he has the most individual character traits without his personality becoming so strong that he’s difficult to slip into as the player.  It’s great to watch him transform from the timid boy who is too uncertain to make any deductions into a genuine leader for his friends.  He also has the strongest genuine bonds with his friends of any protagonist.  His connection to Maki, Kaede, Kaito, and even Kokichi influence his growth into the ultimate detective that he is meant to become. 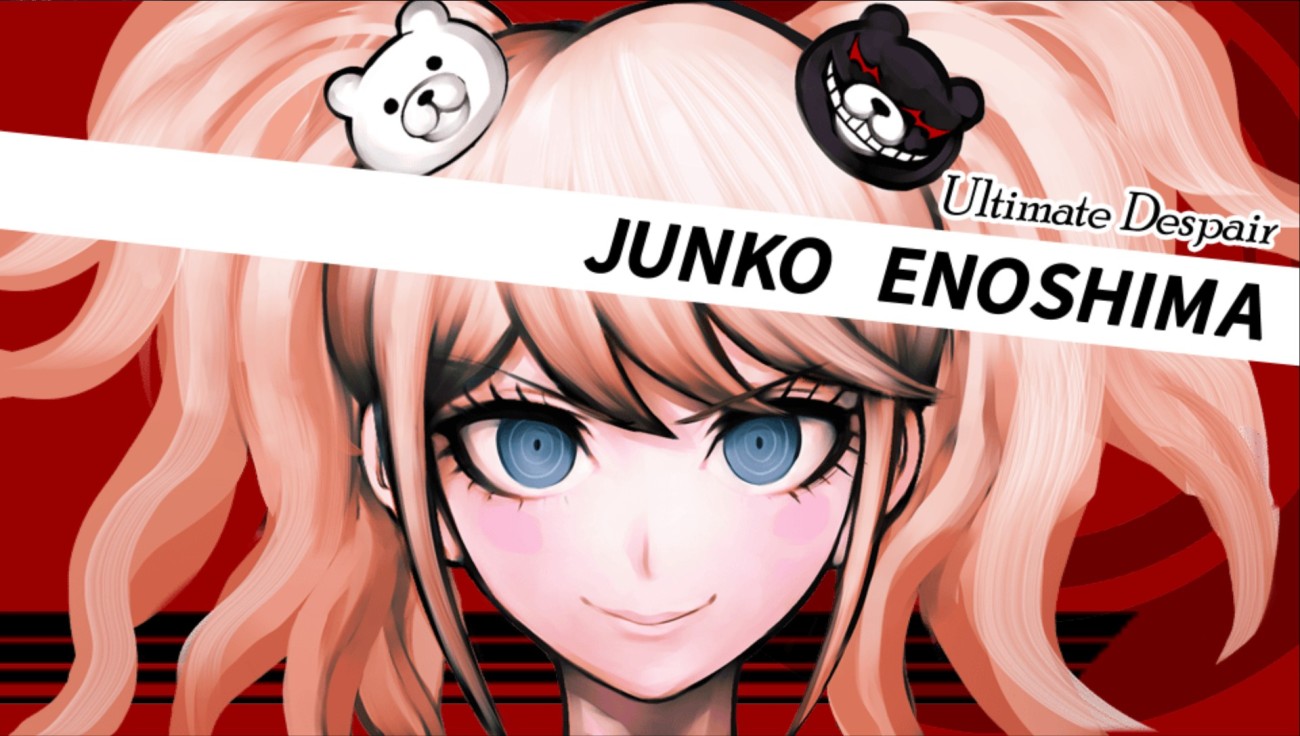 Who would have thought that the rather forgettable ultimate fashionista who dies in the first few hours of the game would end up being the antagonist of the series?  The first time we meet “Junko”, Makoto asks why she doesn’t look like her magazine covers.  This throwaway line is just one of many examples as to why Danganronpa is so brilliant, as I learned twenty-five or so hours later.  When we finally meet Junko for real at the end of the game, she’s psychotic, but her charisma is still blasting out at everyone.  Sure, no one can trust her and the goal is to defeat her, but it isn’t difficult to see how this teenage girl could charm her way into bringing the apocalypse upon everyone. 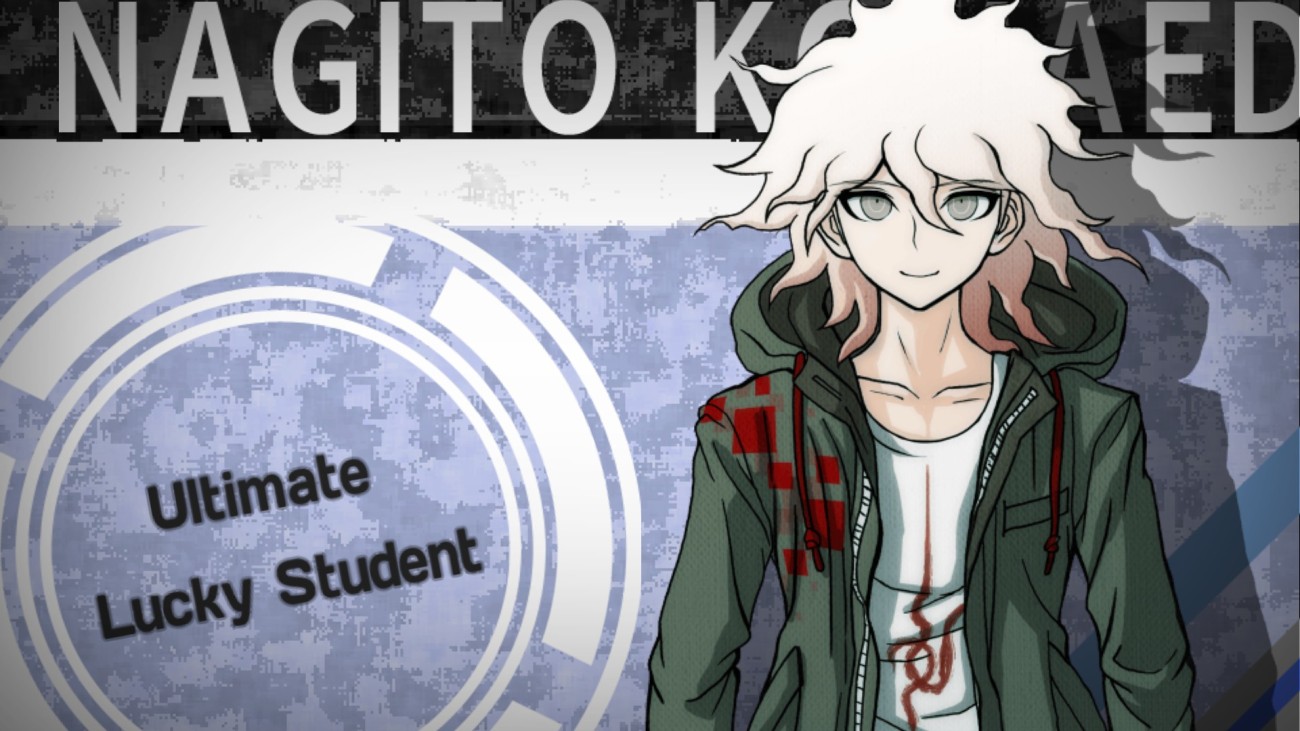 Nagito’s existence always felt like a ticking time bomb.  He was helpful in the class trials, but he was so clearly unhinged in a way that was going to spell trouble for the surviving members of the killing game.  Up until trial four, however, he really was trying to help in his own way.  After he plays a misunderstood round of Russian roulette and finds out the truth about their identities, though, all bets are off, leading to one of the best class trials in the series.  He’s not the most likable character in the series, but it’s hard to deny how much fun it was to watch his antics. 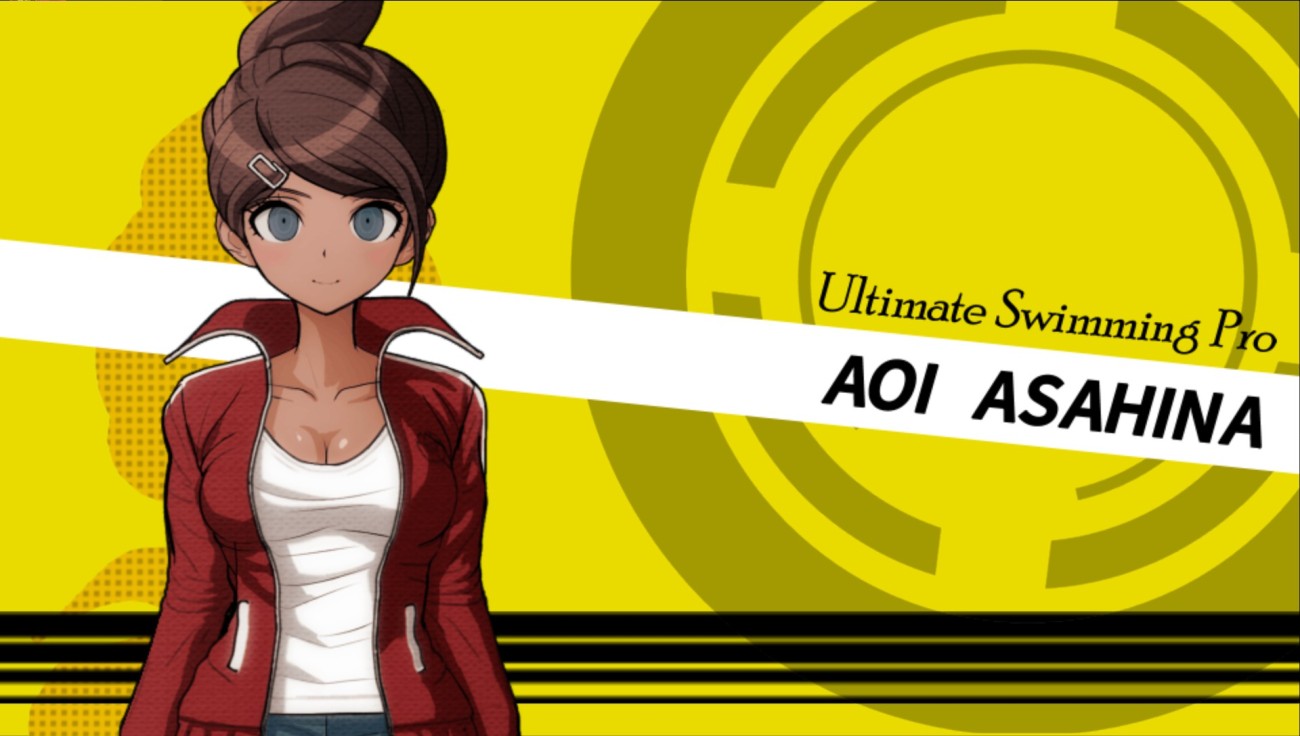 Aoi is just a bright light of sunshine in a pretty dreary cast of characters.  She tries so hard to make sure everyone is doing okay, and her friendship with Sakura makes her part of one of my favorite duos in the series.  When Sakura commits suicide, the guilt she feels that all of them were responsible leads her to try and sabotage the trial.  While I would usually get angry at a character for doing that, I couldn’t help but feel some empathy for what Aoi was feeling. 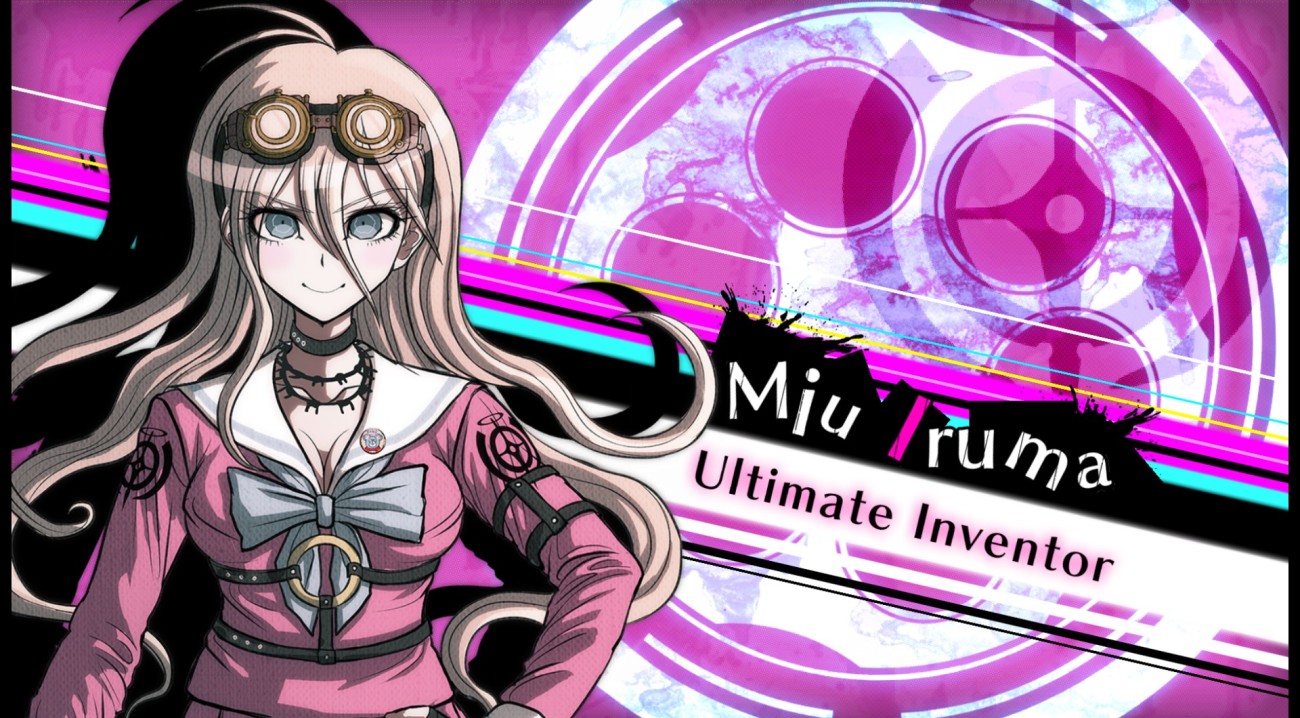 While she was clearly a character made for fan-service, I can’t help but love Miu.  Her girly steampunk design is brilliant, and works well with her talent as the ultimate inventor.  Miu’s foul mouth and huge attitude makes her one of the funniest characters that this series has to offer, and dark humor is part of makes Danganronpa so much fun to play.  In particular, I love her witty banter back and forth with Kokichi during class trials, but any scene with Miu in it is a sight to behold. 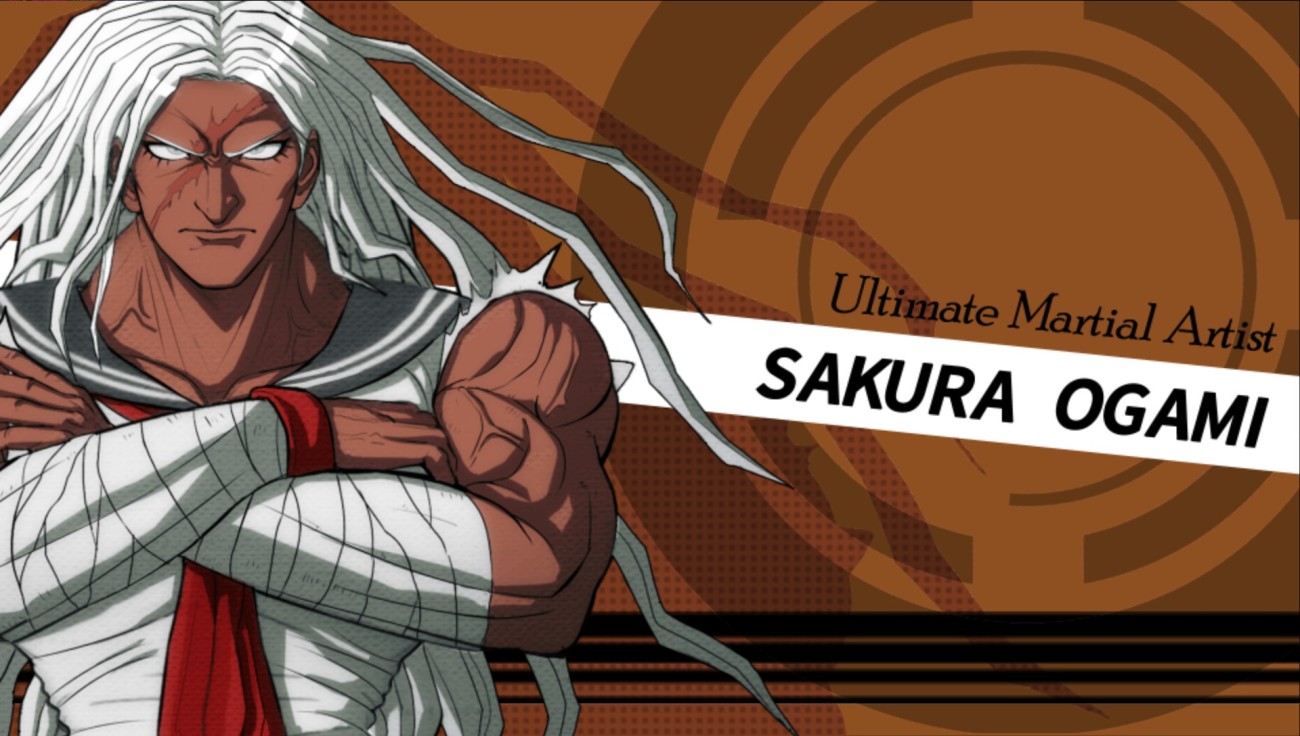 Sakura’s appearance initially scares a lot of the other classmates in the killing game, but once everyone got to know her, they learned what a sweet and genuine person she actually is.  She had a tendency to be a bit rough around the edges, but it was hard to dislike her.  Even after it was determined that she’s the traitor, I didn’t care because I knew she regretted her decision and wanted to make things right with everyone.  It made me sad that everyone was so reluctant to give her another chance, with two people actually trying to kill her after finding out about her prior alliance with Monokuma. 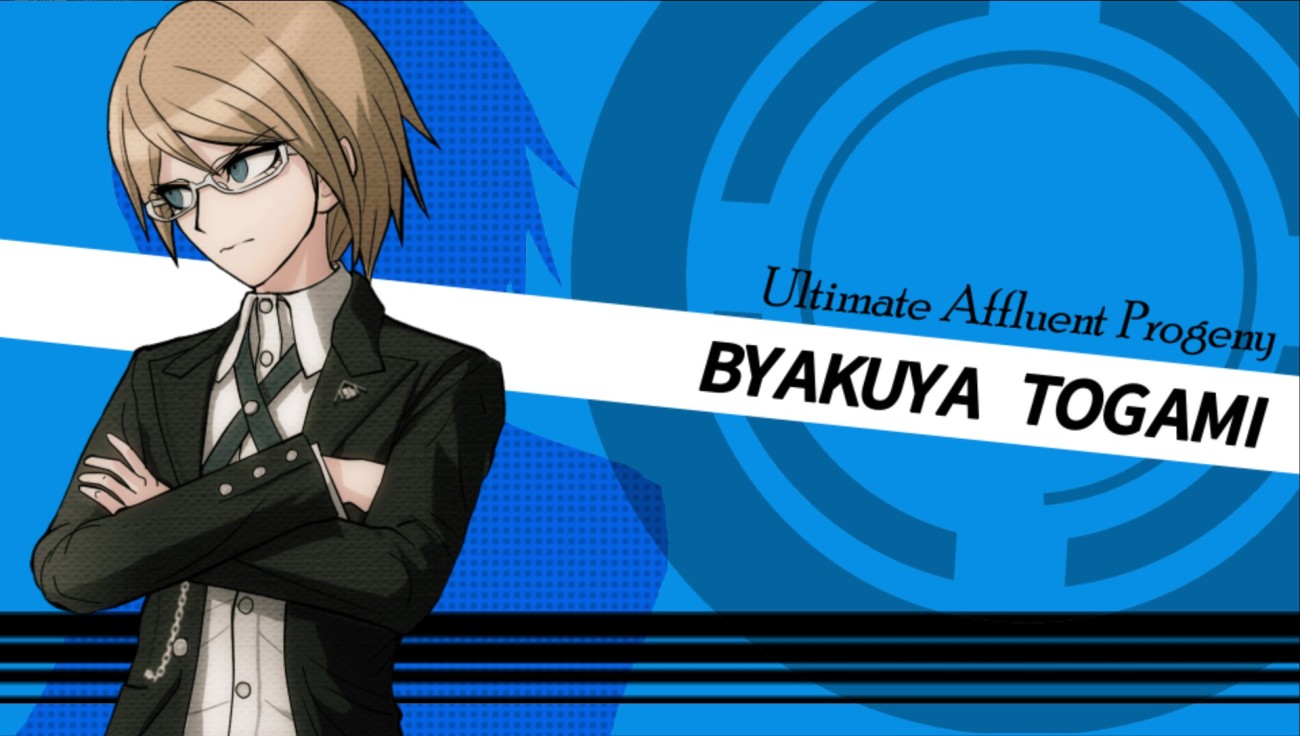 Byakuya probably has the best character development of the entire series.  He starts as a spoiled brat that wants to take the killing game seriously, so he takes a lone wolf approach.  As time goes on, however, he begins to realize that this may not be the best attitude to take, and he allies himself with the killing game survivors to fight against Monokuma, instead.  He keeps his guard up around people, but it’s easy to tell that he does genuinely care about his friends and wants to help others.  His disdain for Toko is also really amusing, and a trait that I share with him. 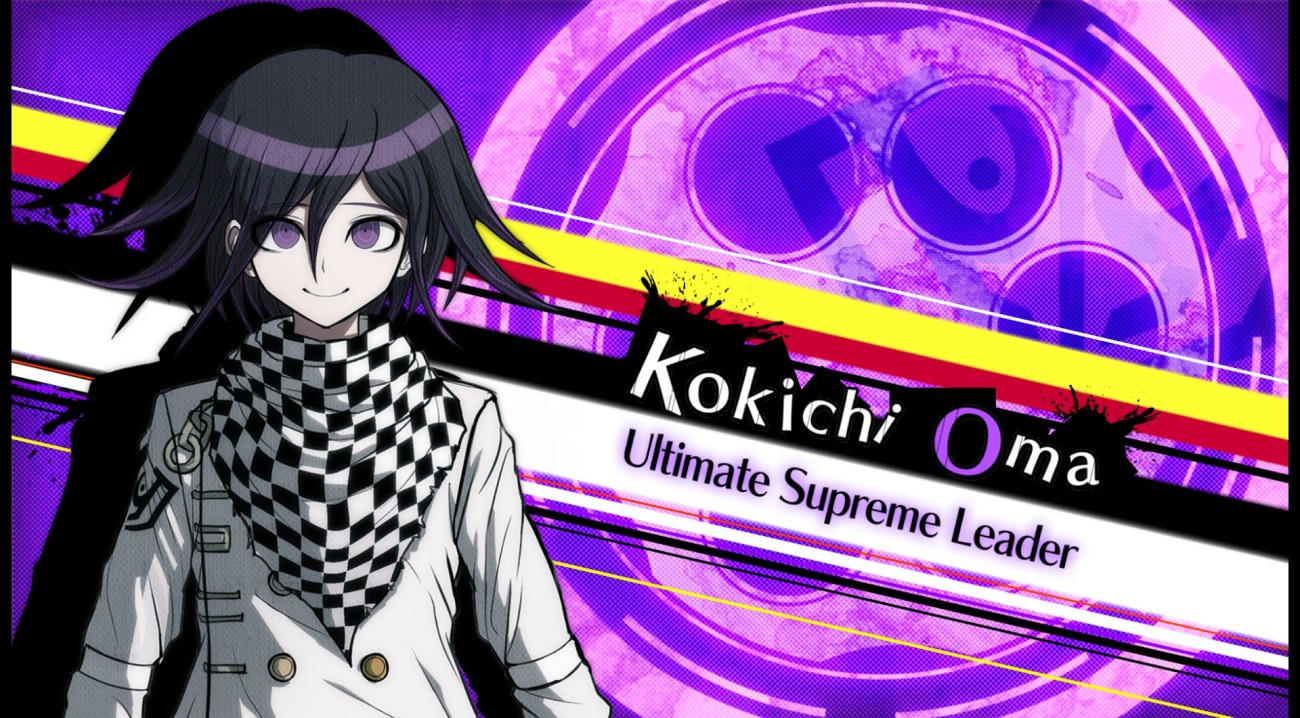 A lot of what I said about Nagito also applies to Kokichi, but even more so.  Kokichi is just a joy to watch.  It’s clear that he’s an evil kid, and he definitely undermines trials on more than one occasion through lies and deceit, but I love him nonetheless.  He’s so energetic and easily excited that, even when he’s at his most evil, he’s still just adorable.  Additionally, his death was just brilliant and one of the most interesting and heart-wrenching trials in the entire series to watch. 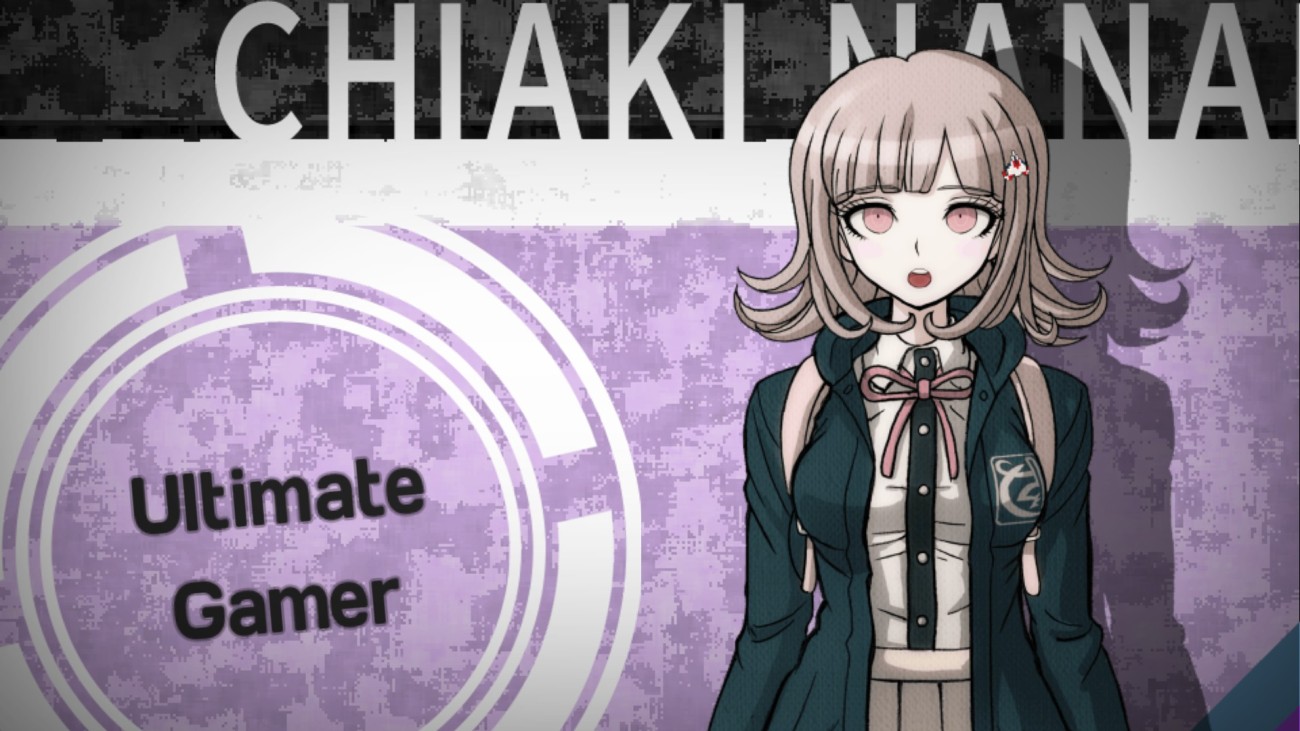 There is no one in this series that resonates more with me than Chiaki.  Admittedly, being a female gamer probably predisposes me towards loving the female ultimate gamer, but it’s my list and I’m allowed to be biased.  I love her character design, her sprite artwork and her voice acting because it all comes together to create a shy, but determined, friend for Hajime.  She’s the voice of reason through the game, dragging Hajime through the class trials whenever he gets stuck.  There’s nothing super flashy or gimmicky about her character, because that’s not what Chiaki is about.  Similarly to Tsumugi, she’s meant to blend into the background so she can more easily do her job as Monomi’s agent.  Her execution is simultaneously fantastic, pulling from classic video games as murder tools of destruction, and horrifying because I had to watch my favorite character die.

Well, that’s my list!  In the near future, I intend to do more Danganronpa lists, such as ranking class trials and executions, so stay tuned for more!  Let me know in the comments what your ranking would be.