Well, no one is perfect.  For those who didn’t see my original post, I picked out ten games to move to the front of my backlog.  I would try, and hopefully finish, all of those games before the end of the year.  Unfortunately, due to a tiny game called Assassin’s Creed Odyssey, this plan didn’t work quite as well as I had hoped.  Since I am unlikely to finish any of the titles before the end of the year with the holidays coming up, I decided that I would instead do some deep first impressions, where I play every game for a couple of hours and give an honest assessment as to how high on my backlog this game falls for my 2019 gaming plans.  At the end, I will talk a little more about how I plan on revising this project in 2019 to more success.

I absolutely intended to get to The Witcher 3 in its entirety in 2018, and while that didn’t pan out, I played about ten hours so far and I am absolutely in love.  In the past, I tried to get into this game and never could, and I realize now that it’s because the game has a bit of a slow start.  The first area of the game, White Orchard, is pretty small and not that interesting, and the plot doesn’t pick up until getting to Velen.  When I first saw the map of Velen, I legitimately gasped in shock at how large and expansive the world is, so I can’t wait to dive in more.  This game is first to beat on my backlog as soon as I find the time for it.

No matter how badly I want to get into XCOM:  Enemy Unknown, it just doesn’t hold my interest.  The learning curve is really steep and I’m simply not interested enough in the story to get through the curve.  Maybe if I watched some videos and gameplay from others, that might help, but for the moment, there’s too many games I’m more interested in to give this one more of my time soon.

The Wolf Among Us

I have to be honest, no matter how much I enjoyed what I’ve played of The Wolf Among Us, it’s really hard to play this game knowing that the studio behind it has closed and we will never see a sequel.  As a longtime fan of the Fables series, I was really looking forward to finally playing this in time for a sequel that is now never coming, and I’m pretty upset about this.  The game is good, don’t get me wrong, but I think I need some distance from this Telltale fiasco before I can really get into it.

After about a dozen hours, I can safely say that…Final Fantasy VII really hasn’t aged that well.  Both the graphics and gameplay feel dated, and due to decades of people spoiling the game, I already know all of the plot points, which makes it difficult to care that much about continuing.  This is a game I want to play in my lifetime, if only because I’d like to complete all of the mainline Final Fantasy titles (excluding XI and XIV) eventually, but I think I’m going to move on to other games in the series and come back to this one later. 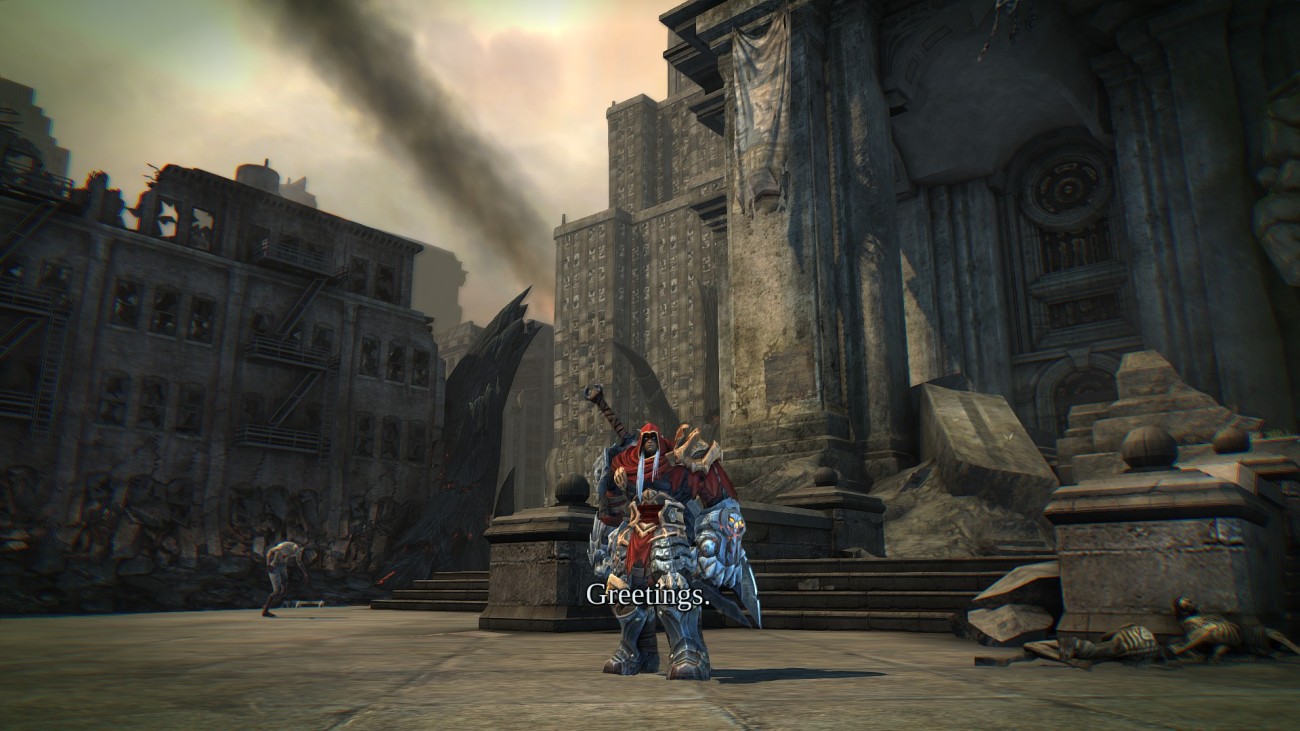 I wasn’t sure what to expect when I started this game, as a lot of people compare it to The Legend of Zelda, which, if we’re being totally honest, isn’t a great selling point for me.  That said, I really enjoy this game so far.  Honestly, I’m not really paying attention to the story and have no idea what’s going on because I’m having far too much fun killing bad guys with my huge sword and exploring the beautiful set-pieces the game has on offer.  Since the third game just came out and I already own the second game on three different platforms, I intend on finishing this one up as soon as possible and continuing on with the series.

Unsurprisingly, I am bad at Dark Souls III.  I tried, tried, and tried again with no real progress or success.  Beating a game in the series is something I really want to do in my lifetime, so I’m committed to seeing this one through, but it may take some time and a lot of patience.  I will probably enlist my brother’s help in giving me some tips to live longer than 0.5 seconds every time I enter a boss, as he’s been playing these games for years now.  This is a game I intend on playing eventually, but I’m not going to put too much pressure on myself to play it, as forcing myself through a game like this would really dampen the experience.

I’ve played a few hours of this game, and I’m not into it so far.  The controls are really awkward and hard to come to grips with, and the story is not engaging at all.  I am fine with games that have minimal gameplay interaction, as I have played and loved a number of “walking simulators” in my life, but in the absence of gameplay, the story and characters need to be top notch.  I may still get around to this at some point in my life, but it’s definitely not a priority, as I have far too many other games to play.

After about five hours in the game, this hasn’t really “clicked” with me yet.  This sort of fantasy RPG should be my new favorite game, but I’m not engaging with the characters or story yet, and I find the battles a bit tedious so far.  It may just be a slow burn, as I recall having to play about fifteen hours of Dragon Age:  Origins in order to get into it, and that’s now one of my favorite games of all time.  I definitely intend on playing more of this in the future, but I’m going to give it some space and give it another chance later.

While Divinity:  Original Sin didn’t quite pull me in, Pillars of Eternity has me completely hooked.  Since they are similar games, I’m not sure why, but I have two theories.  First of all, I love how extensive the Pillars of Eternity character creation is.  It feels like a tabletop RPG in the best way possible.  Secondly, I think it’s because I have Pillars of Eternity on my PC instead of console, and these top-down RPG titles feel so much more natural on the PC for me.  This will definitely get more playtime from me in the near future.

Ori and the Blind Forest

Ori and the Blind Forest is such a beautiful game, and the action feels so fluid and responsive that I can’t wait to dive back in.  Normally, I don’t play metroidvania titles, or a whole lot of 2D games in general, for that matter, but I find that once I start playing, it takes a while for me to put down the controller.  I’m a little worried about the difficulty, as I’m terrible at 2D platformers and I know there are some tough sections later in the game, but I’m hoping that my love for the art style and characters will push me through.  This is one I definitely intend on playing in 2019.

Ultimately, I wish I had the opportunity to finish any of these games, but at least spending a few hours with each one gave me the opportunity to do an honest assessment as to where they belong on my backlog.  I’m still interested in the idea of doing a list of games I want to beat from my backlog, but I’m going to change up the formula.  Instead of doing a list of ten games and forcing myself to try them all in three months, I’m going to give myself a longer list of games and make it my 2019 goal that I play a set number of them to completion, as well as do some first impressions post on all of the games on the list.  I think I’ll have a better success rate if I have a larger list of options to play.  Let me know if there are any games you think I should be putting on my updated list!