I see a lot of people doing best and worst 2018 book lists, and while I love this format and plan to do it in future years, my blog is new and I wanted to practice writing out my thoughts on books.  Therefore, for this year’s wrap-up, I am going to list out everything I read in order from my least favorite to favorite, and briefly share my opinions on each title.  This post is going to cover my one to three-star reads, with a follow-up coming out soon that will cover the remaining books.  Let’s get started! 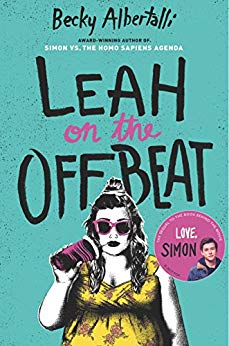 42. Leah on the Offbeat – Becky Albertalli

Saying that a book by Becky Albertalli is my least favorite read of 2018 physically hurts me, but I can’t think of a single nice thing to say about Leah on the Offbeat.  Reading the world through Leah’s eyes was infuriating because she comes off as gratingly immature and is sometimes just rude to the people around her.  I thought that I would at least enjoy learning what Simon and the gang had been up to, but all of the characters read like weird, cardboard cutouts of themselves and had lost a lot of the personality that made me love them so much in the first place.  Overall, this was a terrible ending to a series of companion novels that I otherwise loved.

I read this because I was incredibly excited about seeing the movie and bought the book without even finding out what it was about beforehand.  This title is the reason that I will never trust a blind book purchase based on hype again.  If I had taken a moment to do some research and learn more about the specific topics covered in this thriller, as well as to read the numerous reviews warning me about the terrible writing, I never would have purchased it.  This one-star read is really my own fault, and believe me, I have learned my lesson. 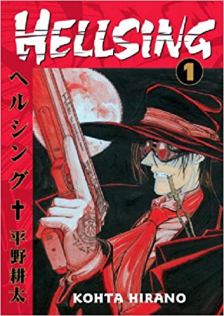 I knew this wasn’t going to be something I enjoyed from the moment I picked it up, but one of my close friends really wanted me to give the series to try.  Since manga is quick to read, I humored her and read it one evening when I had nothing better to do.  There’s nothing offensive about this, but neither the plot nor art style was engaging and it definitely wasn’t for me.

This was, without a doubt, my most disappointing read of 2018.  Everything I Never Told You by Ng is one of my favorite books and I was highly anticipating her next novel.  It’s difficult to explain specifically why I disliked this book without going into spoiler territory, but to keep it vague, I didn’t appreciate the overarching message that this title was sending.  I can read books that I personally disagree with, but in this case, I felt like I was being preached a life lesson that I fundamentally disagreed with and I can’t say that it was a good experience.

This book made me sad because I wish I had read it a decade ago.  I remember seeing this series at Wal-Mart on a regular basis when we went shopping, and if I had read it then, I would have adored it.  Unfortunately, as an adult, it came off as far too juvenile.  I am no longer the target audience for young adult books, so I just need to be a little more selective in the genre when I pick up a new title. 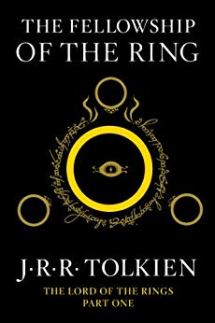 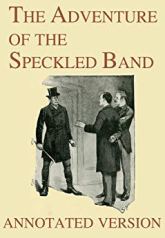 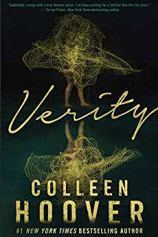 The House on Mango Street is a personal favorite of mine, and I honestly didn’t know until this year that Sandra Cisneros wrote other books.  I picked this up out of curiosity, and while I didn’t have any great hatred for it, reading an entire story about a woman looking for her cat is definitely not for me.

This was a difficult book to rate because it reads more like a book of short stories than a cohesive novel.  Every chapter had a different focus, as the book jumps between different times in the protagonist’s life.  There were some chapters that had me captivated because of how well Atwood crafted a dystopia that feels legitimately possible.  There were other chapters, however, that made me put the book down for months because I was unbelievably bored.  Since I both loved and hated this book, three stars felt like a solid compromise.

This is another book that I would have enjoyed more had I read it when I was a few years younger.  Lara Jean’s voice was frustrating to experience as an adult because she made several immature and irrational decisions.  While I didn’t hate this, I definitely didn’t enjoy it enough to read the rest of the series.  The Netflix movie was amazing, though, and I highly recommend it.

2018 is the year that I discovered the queen of mystery novels, Agatha Christie, and this was my least favorite of the several titles I read from her.  While I liked the characters of Tommy and Tuppence, I thought that the story itself was too short to create a strong build-up.  The mystery felt too predictable and it was nearly resolved before it ever really began.  I’m definitely interested in reading more of Christie’s titles, but I wasn’t overly impressed with this specific title.

33.  The Beginning of the World in the Middle of the Night – Jen Campbell

I love Jen Campbells booktube videos, so when I saw that she had a short story collection out, I knew that I had to read it.  While I didn’t have any particular complaints with this book, I found it to be forgettable.  There weren’t any memorable moments in the book and while I have no complaints about the writing style, I just wasn’t overly engaged.

32.  What If It’s Us – Becky Albertalli and Adam Silvera

This book is the first title on the list where I have more positive feelings than negative, so things are going to be far more cheerful from here on out!  I thought this book was absolutely adorable, and I love so much about it.  The characters didn’t immediately ditch their friends for a new romantic interest, made mature decisions about their lives, and had a close relationship with their parents, which all added up to a great read.  My only complaint was that I wasn’t overly sold on the actual romance until about halfway through the book because Ben and Arthur didn’t seem compatible with one another.  A little more initial chemistry would have been appreciated, but I did enjoy the book overall.

I know that I am far older than the target demographic of this book, but the Diary of a Wimpy Kid series never fails to make me laugh.  I didn’t find this entry to be as funny as prior books, but I still had a fun time cringing at Greg Heffley’s crazy and hilarious antics.

This book took me five years to read.  I started it in high school at a friend’s request, and over the next five years, I read a chapter here and there because I find that Tolkien’s work is most enjoyable when read in small chunks.  In spite of how long it took me to read this book, I actually did enjoy it.  I just hope I can get to the rest of the trilogy in less than ten years!

This is the second Sherlock Holmes story that I have ever read, and while I generally prefer other mystery writers to Arthur Conan Doyle, I appreciate every opportunity that I get to learn a little more about a character that is the inspiration for so many modern works of fiction.

I read the entirety of The Selection series this year, so I will talk more about my overall thoughts during the second half of this list.  My primary reason for putting this book here is, while I absolutely love this series, this trilogy should have been a duology.  The books are each short enough and the plot is simple enough that The Elite could have been chopped in half and redistributed to the first and third entries.

When I decided to read Colleen Hoover, I was expecting some fluffy new adult romance, not a dark and twisted psychological thriller.  I am not exaggerating when I say that this is one of the darker thrillers that I have read over the years, and while it did drag during parts in the middle, the ending had me absolutely captivated.

Well, that’s it for the first part of this list!  The second half will include all of my four and five-star reads, so stay tuned!  Did you read any of these books?  Let me know what you thought in the comments below!