Another day, another entry in my ranked list of every game I played this year!  Click here to see the previous part of this ranking.  Today’s list is primarily comprised of titles that I enjoyed on the whole, but still had major issues with that prevented me from being able to fully recommend them.  As always, I’ll be providing a link to purchase each game on the platform I initially played it on, in case one sounds interesting.

Note:  Clicking through to purchase the games I talk about may contain affiliate links.  Purchasing something using one gives me a small commission at no extra cost to you!  Thanks for supporting my blog! 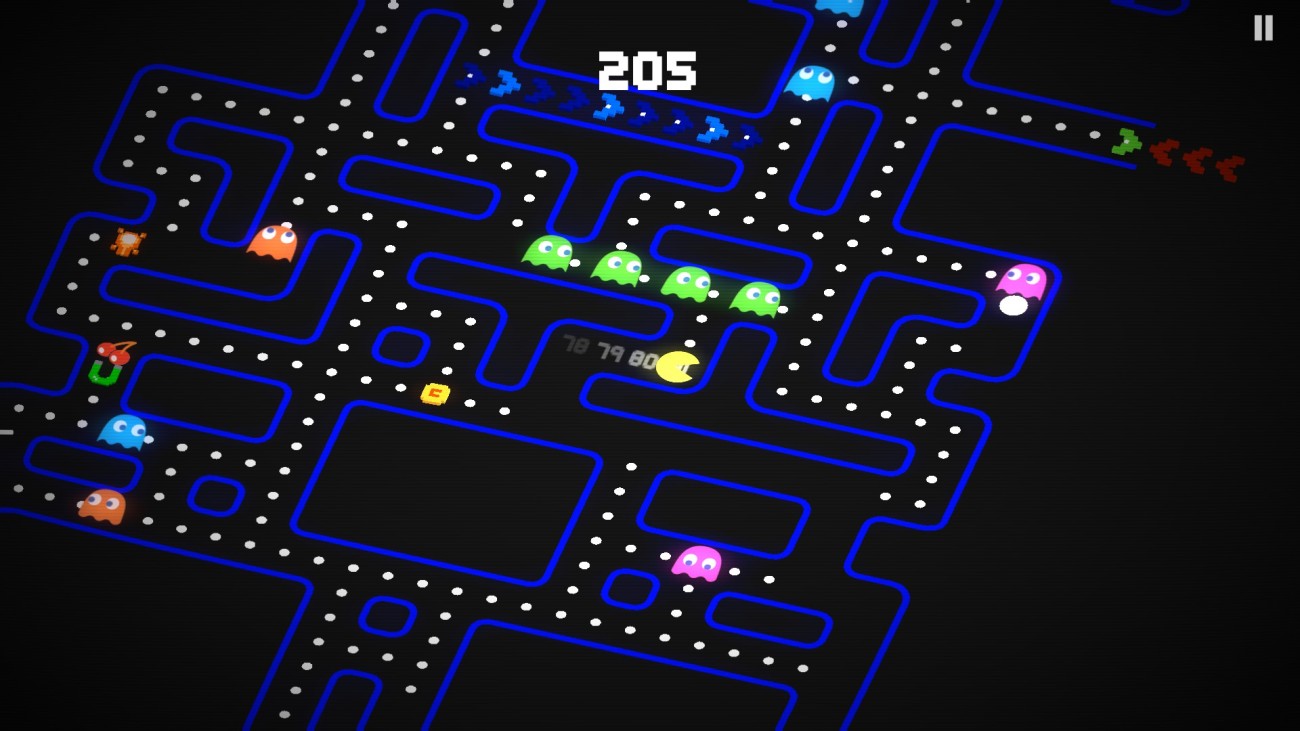 I had a week or two where I was addicted to this game in 2018.  A Pac-Man endless runner is everything I ever could have asked for, and Pac-Man 256 is here to deliver.  The problem with this title is more with the platform than the game.  Playing this on PC felt cumbersome and clunky, with the controls sometimes not quite doing what I wanted because they were clearly designed with a touch screen in mind.  It’s definitely a fun time for people that enjoy Pac-Man, but consider picking it up for a different platform.

In concept,  Skylar & Plux:  Adventure on Clover Island should be a fun time.  It’s a 3D platformer inspired by titles like Ratchet & Clank and Banjo-Kazooie.  The gameplay is fluid and I did really enjoy the time I spent in the world.  There are two issues, however, and they’re major.  First of all, this game is only two hours long.  Normally, I’m okay with short titles, but 3D platformers are at their best when they’re continuously adding new enemies and creative environments to the mix.  With only a small handful of levels, there’s not enough variety here.  The other issue is that I had to play this game on mute because of a massive audio bug that affects a number of players.  This development team does hold promise and I will happily try their future games, but this one was a disappointment.

One of my guilty pleasures in life is a good clicker or idle game.  I love leaving the game open in the background and accumulating riches over time while I browse the internet.  Plantera is fun for a short while until it becomes clear how shallow of an experience it is.  While I realize that idle games aren’t exactly Sid Meier’s Civilization, I do expect that there is some amount of strategy involved that allows me to experiment and maximize my earning potential.  Sadly, this wasn’t the case with Plantera, though there is a sequel coming out and I’d love to see if it improves upon its predecessor.

This one is a crushing disappointment.  I’m a huge fan of Danganronpa (spoilers for the rest of this ranking series), so I obviously felt that I needed to try the other twisted visual novel franchise by Spike Chunsoft, Zero Escape.  Nine Hours, Nine Persons, Nine Doors (or 999) got off to a great start, as I played through the entirety of the story in one day.  When I got my first ending, I actually loved it even though it was a bad, non-canon ending.  Since I’m not the type of person that enjoys playing through games multiple times, I watched the true ending online and that’s where things fell apart.  I’m not going to spoil things for people, but I absolutely despise the direction this game took with the ending.  I may still play the rest of the Zero Escape series to see if it gets better, but this was a miss for me. 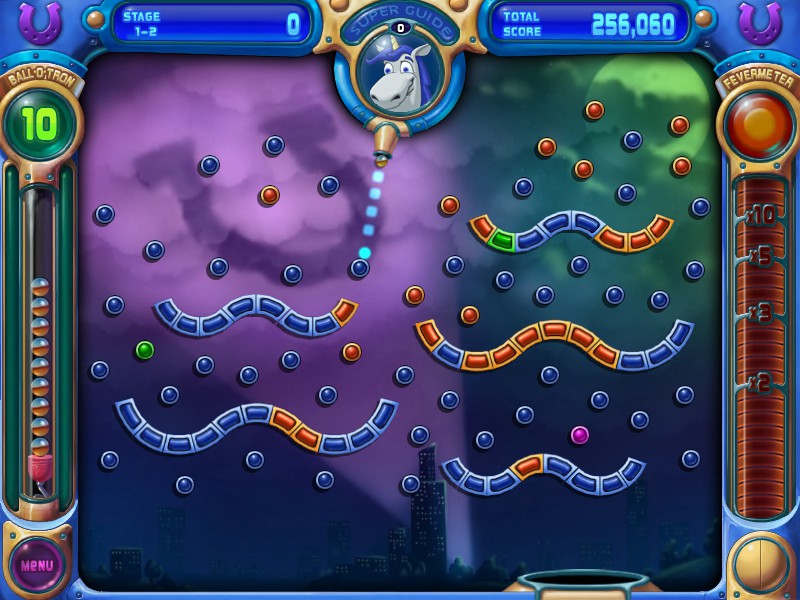 In my last post, I listed Peggle Deluxe as one of my worst titles of the year.  Why does its companion game, Peggle Nights, rank higher on my list?  There aren’t any major reasons, but instead a variety of smaller factors.  First of all, I love “Clair De Lune” and the game uses the classical music piece as its opening.  Secondly, the additional special ability added for the last few levels is actually a lot of fun, making the last few levels of the game infinitely more exciting than anything I had played before in either entry.  It may have been that I got better at the game, but I also found the design of the boards to be a little fairer, though there is still a major issue with passing off luck like it’s a puzzle mechanic.  I still strongly dislike Peggle, but this was a far more palatable edition.

SPACEPLAN is another clicking-based title I played this year and the primary gimmick here is that it actually has an ending instead of just continuing forever.  I found that this one was a bit dry.  There aren’t any flashy visuals or interesting plot points that kept me wanting more.  I finished this because I always get addicted to clicker titles regardless of their quality, but I didn’t find this one to be engaging.

A Summer Story is another one of the free visual novels that I tried in 2018, and I actually enjoyed this quite a bit.  The story was creepy and kept me on edge for its entire runtime, even making me curious enough to play through it a few times and get different endings.  Honestly, the only reason this title is so low on my list is that it only takes ten minutes to finish the game once through.  This title could have been something special if it had even lasted an hour or two.  As I said before, it’s free, so give this one a try!

I struggled with where I wanted to put Kingdoms of Amalur:  Reckoning.  It’s one of those titles that I both love and hate simultaneously.  The combat is one of the best that I have experienced in a video game without any exaggeration, and I loved the leveling system because it made me feel like I had full control over how I wanted to play.  Still, all of its strengths still cannot overcome how unbelievably long this game is.  It took me seventy hours to beat and I wasn’t even doing that many side quests!  I didn’t want to touch the game ever again halfway through because the plot lost all of its momentum with the endless tedious quests.  I want a sequel, but I also never want to think about this title again, which is a weird contradiction.

This one is probably my own fault.  I was really eager to play Monument Valley when I finally picked it up, and I think the hype got to me.  It probably was a really cool and innovative game at the time of its 2014 release, but nowadays, optical illusion puzzle titles are everywhere and there was nothing particularly interesting or unique about this one.  It has a lovely art style and I don’t hate it by any means, but I wish I had played it when it first came out. As yet another one of the free visual novels I played in 2018, My Magical Cosplay Cafe is actually a lot of fun.  It purposefully takes tropes of the visual novel genre and turns them on their heads.  The only real downside of this title is that I don’t have a lot of experience with the genre as a whole, meaning that a lot of the jokes went way over my head.  Unfortunately, I can’t find a download link to this one anymore, so you will just have to take my word for it that it’s a really fun time.

The first game in this franchise, Orwell:  Keeping an Eye On You, is a title that I have a lot of love for.  Unfortunately, its sequel didn’t quite live up to my expectations.  A lot of my disappointment probably comes from the shortened length, as the plot feels rushed and is over far too quickly.  There are some fun tie-ins to its predecessor that I appreciated, but that isn’t enough to fix a weak plot and less interesting mystery.

This is the final free visual novel that I tried in 2018, and it was weird, though not unpleasant.  Narcissu 1st follows two terminally ill people who decide to take a road trip and enjoy some freedom in what little time they have left.  The story was touching, though I think there were some translation issues that made the dialogue quite odd at times, and I felt an emotional connection to both of the main characters.  Unfortunately, the artwork was weak for a title that has no real player choice and relies fully on the player wanting to continue to read.  There is a paid version of the game that promises updated visuals, so this may only be an issue with the original free version that I tried.  In 2019, I hope to purchase the paid version and play through the rest of the story because I definitely want more!

This is a Humble Original title.  If I’m being honest, I often skip over the originals in my monthly bundles because they rarely appeal to me.  I’m so glad I picked THOR.N up on a whim, though, because it’s actually a strong incremental title.  The mechanics are too simplistic to carry a longer experience, but given that it only lasts about half an hour, it has the perfect amount of depth for the short runtime.  I do hope that the developers consider more games set in the dystopian society of this title, however, because I found it really interesting and was disappointed that I didn’t get more information about the world.

I am finishing off today’s games with Simulacra, another mobile title.  This one is absolutely terrifying, although I will be the first to admit that I’m a bit of a baby when it comes to horror titles.  I played through it late at night with headphones on and I highly recommend doing this for the scariest possible experience.  While the game is short, I actually felt that it went on too long and dragged towards the end.  The ending also felt anti-climactic and lost my interest.  Still, this is an impressive effort and I’d recommend trying it.

Well, that’s it for this portion of the list!  After this batch of titles, the rankings get much harder.  I’ll be beginning to get to the titles I really enjoyed this year, and I can’t wait to gush about all of them!  Do you have any opinions on these games?  Let me know in the comments below!