For those who haven’t heard, I am participating in the Biannual Bibliothon this year!  The Readathon starts today, the twelfth, and goes through the eighteenth, so I’m going to start reading as much as I can.  There are also daily blogging challenges that I will be participating in.  Today’s challenge comes from the lovely Truffle Reads and it is as follows:

Name 3 book characters, 2 types of food/drink and 1 song you’d want to have to survive being in a car with, in the middle of nowhere during a snow storm.

Well, since I am the type of person who likes to think of things in a logical manner, my picks for this challenge will be based upon what most increases my chances of survival if our car crashed in a ditch for a long period of time.  I’ve lived in very cold places over the years, and I was always taught to have a winter survival kit at the ready in case of emergency.  Think of these choices as my own version of this emergency kit! 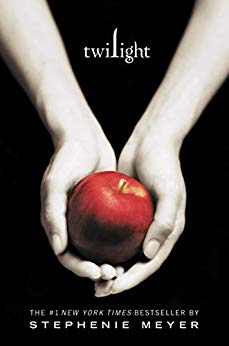 First of all, I would want Jacob Black from the Twilight series alongside me while I drove.  Listen, I’m no huge fan of this series, but there’s one specific feature this furry friend of mine would bring with him.  Jacob Black is known for having an abnormally high body temperature due to his lycanthropic nature, often compared to standing near a heater.  Therefore, he would be able to keep the car warm in the event that we got stranded.  Not to mention, I could actually make him go out of the car and physically melt the snow and ice if the weather conditions get too horrible.

The next character I would choose is Mark Watney from The Martian because of his knowledge and creativity.  No matter what broke down in my car as I was driving, I would be able to count on Mark to come up with a solution that will allow us to get further down the road.  If he could figure out how to eat on Mars, he can figure out how to help me out with anything that may come up along the way. 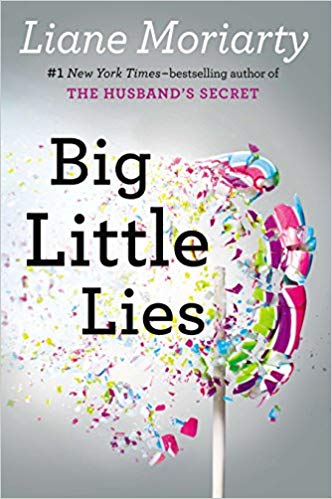 Finally, while the other two characters were chosen based on their utility, I want one person that I can just hang out with.  Big Little Lies is such a great depiction of female friendship and it’s honestly difficult to pick which character I love the most.  Ultimately, I’d like to be in a car with Madeline.  She’s got a great sense of humor and would be certain to make the whole car trip go by quickly.  If something bad happened, she would also be more than capable of taking charge and giving out orders to make sure that we survive in the harsh winter tundra.

The Food and Drink

I know that this is a super boring answer, but no winter survival kit would be complete without lots and lots of water!  If we get stranded along the way, it doesn’t matter who I have in the car with me if I die of thirst before we can come up with a plan to get out of our predicament.

I need to stay in high spirits while I’m on this trip, and nothing makes me happy quite like my favorite sugary cereal, Lucky Charms!  There are some nutrients in it, which will prevent starvation and malnutrition in a crisis, but it also just tastes really good and is a lot of fun to eat!  I’ll just have to keep the box away from Jacob or he may melt the marshmallows.

This is a hard selection, but I’m ultimately going to go with ‘Young & Free’ by one of my favorite artists, Dermot Kennedy.  Personally, I just feel like the title of the song matches my road trip mood.  I can also listen to this song for hours on repeat, so I don’t have to worry about getting sick of it after a while.

There’s my ideal wintery road trip!  Well, hardly ideal since I had to plan for a possible disaster, but still, it’s a road trip that would definitely be memorable!  Who would you bring with you on a road trip?  Let me know in the comments below!

3 thoughts on “Biannual Bibliothon Day One: The Snow Storm”