List of Shame: Ten Authors I Have Never Read

As it turns out, I cannot read every book ever released, no matter how hard I try.  There are a number of gaps in my reading, where certain authors just pass me by for any number of reasons.  I figure that if I list out some of the authors that I feel the worst about not reading, it will make me far more likely to pick them up in the future.  Here’s a list of ten authors that I haven’t tried yet, but I really should be prioritizing! 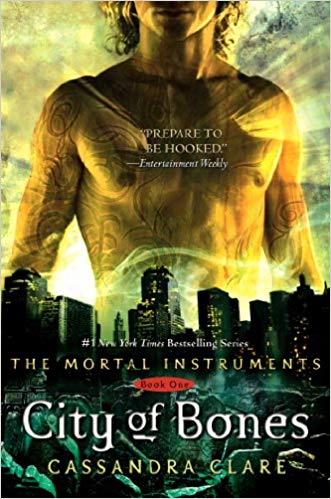 I am starting off this list with Cassandra Clare, the writer of the extensive Mortal Instruments series.  When I was younger, I always meant to start City of Bones, but as time went on and the universe extended into multiple spinoff series, I got scared off by how many books and novella collections I would need to read in order to fully catch up.  One of these days, however, I’d like to just dive in and give her a try.  The worst case scenario is that I don’t love it and I’ll now know not to bother with the rest of the series, and the best case is that I have over a dozen books to occupy myself with.  There’s really no downside to this one!

Sarah J. Maas is another author that has created two series that are both loved by many, Throne of Glass and A Court of Thorns and Roses.  The primary reason for why I’ve been holding off on diving in is because I wanted to wait for the series to be completed.  Particularly in the case of Throne of Glass, some of the books in the series haven’t been well-received by some fans, so I wanted to make sure the final book had an ending people were generally happy with.  Since the final book has a 4.66 average on Goodreads right now, I think it’s safe to give it a try!

Of everyone on this list, this may be my most shameful entry.  Brandon Sanderson’s books sound amazing and I want so badly to get started with his work.  Ultimately, I’m just terrified of the size of his catalog.  He has written so many different series that I don’t know where to even start with him.  I’d assume the Mistborn series would be a good start, but I’m really not sure.  Still, it’s probably better to just dive in with something, rather than continue to debate it and never get to experience this author. 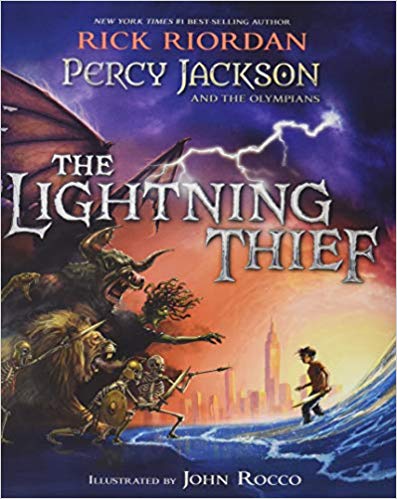 Hopefully, the fact that I haven’t read a Rick Riordan book will be resolved in the near future, because I put The Lightning Thief on my TBR for the Biannual Bibliothon this week.  Even if I don’t get to it during the week, I’ll probably pick it up in the next month or so.  I’m in love with Greek mythology, especially after recently playing Assassin’s Creed Odyssey, so I can’t imagine not absolutely loving this series.

My reasons for being afraid of Terry Pratchett are similar to Cassandra Clare, but amplified.  The Discworld series has 41 books in it, and that’s quite daunting to anyone that is thinking about starting it.  I’m trying to adjust my mindset in 2019 when it comes to series.  I just have to commit to the first book.  If I hate it, I know not to bother with future entries in the series.  On the other hand, if I love it, I keep reading the series until it is either complete, or I stop loving it.  Going into Discworld with the mindset that I must read all 41 books or not bother is just going to scare me off. 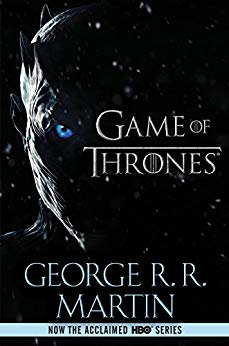 There’s a trend here, I realize, of adult fantasy authors on this list.  I read a lot of young adult fantasy and, while I still quite enjoy it, I think I’m increasingly at an age where I need to branch out more into the adult realm.  George R.R. Martin is one of the kings of the genre, so I figure it’s time that I work my way through A Song of Ice and Fire.  Up to now, I honestly haven’t picked this up because I hate that it isn’t completed yet.  Instead of worrying about that, however, I’m going to just enjoy what is written and hope that in the span of time that it takes me to work through the series, we hear more word regarding the next entry coming out. 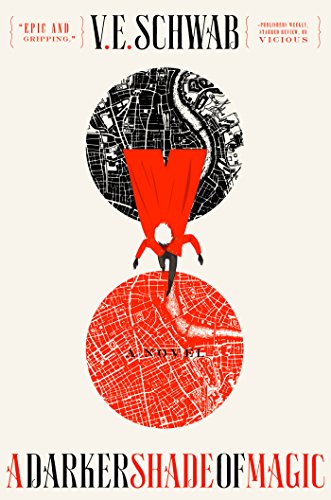 V.E. Schwab is another author that I intend to read in the near future with A Darker Shade of Magic.  I have no real reason for why I haven’t gotten to her work by this point because I keep buying her books and promptly letting them collect dust.  Her premises sound so great that I may just be afraid that the books themselves won’t live up to the hype I have inside my head.  Regardless, I will have an answer regarding my feelings for her writing within the next month!

I’m switching gears a little bit to a science fiction author.  Up until recently, I always assumed that I hated the sci-fi genre.  After reading The Illuminae Files series and playing the Mass Effect trilogy in the last year or two, I realized that I may have been wrong on this front.  John Scalzi is a famous name on the science fiction scene, so I figure he’s a good place to start if I want to try some more of the genre.  Since I don’t know a lot about him, I think Old Man’s War seems like an interesting series, but I’m open to suggestions if there’s a Scalzi that would be a better entry point.

I’m not really sure how Ursula K. Le Guin passed me by when I was younger, because The Earthsea Cycles sound like something I would have loved as a child.  Since she wrote many books in the fantasy and sci-fi genres, if I love her books, I would have many years worth of entertainment from her.

Finally, rounding out my list, also keeping with the theme of adult fantasy authors that I need to try, I have Brent Weeks.  Both Night Angel and The Lightbringer sound like the kinds of books that I would adore, so I’m not even sure which series I would want to start with in his case.  Like many other authors on this list, I’ve been scared off by the length of the books, which is a fear that I am actively working to overcome.

That’s my list!  I’m not making a promise to read every book from each one of these authors in the next six months or anything, but I do intend to do some case studies with each one.  I’d like to write reviews and features where I discuss whether the books met my expectations and how likely I am to pick up more titles by a given author in the future.  I’ll also likely do discussion posts with series I stick with over time, especially for the books that overlap with my PotterAlikes work.

Do you have any recommendations for a starting point with these authors, or have any authors you haven’t read before?  Let me know in the comments below!