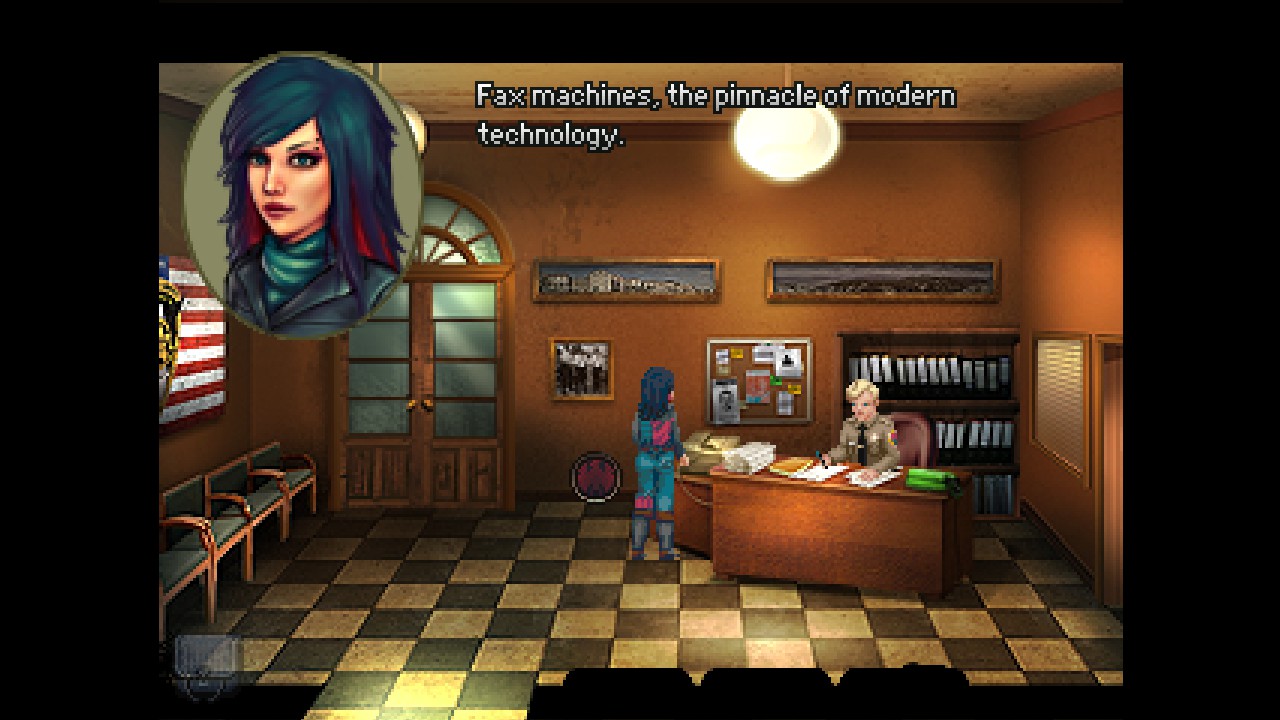 Detective titles are a genre that I fell in love with in 2018, upon playing Danganronpa for the first time.  Ever since playing through the series, I have been on the hunt for more mystery games that I could devour, which led me to Kathy Rain.  Developer Clifftop Games created a tense and story-driven experience here that shouldn’t be missed by any fan of point-and-click adventures

Kathy Rain starts off following the titular protagonist as she goes back to her childhood hometown for the funeral of her grandfather, a man she hasn’t seen in years.  Upon returning, she learns that he suddenly fell ill under mysterious circumstances years before his death, with no cause for his sickness ever being determined.  Kathy decides to investigate his illness and death as a favor to her grandmother and learns that there is far more to this event than meets the eye.

Without a doubt, Kathy Rain is story-heavy, with the plot and characters taking the center stage.  It’s a good thing, then, that the game succeeds on both fronts.  Kathy’s journey takes her to meet a variety of characters throughout the twists and turns of the story.  While I would be doing the game a disservice to give too much away, I will just state that it took me by surprise on a number of occasions and went in directions that I never would have expected.

The highlight of this game, however, is the protagonist of the adventure, Kathy Rain herself.  The amount of hours that must have been put into making Kathy a realistic character is clearly significant, as her dialogue and mannerisms have a layer of depth to them.  She makes players both laugh and cry with her throughout the story and makes them root for her success in her mission.  Her voice acting makes her even more convincing, as Arielle Siegel gives a fantastic performance here.

Unfortunately, while Kathy is fantastic, others are more variable.  In particular, I found that the game’s antagonists aren’t well-characterized.  They aren’t overly interesting or memorable here, which gives the final act that relies heavily upon them a somewhat anticlimactic vibe.  The rest of the story is more than strong enough to make up for this, but in a game that relies almost entirely upon its story, any lull or weak point is a problem.

Of course, any good point-and-click title will come with a number of puzzles, and Kathy Rain does not disappoint on this front.  Most puzzles follow the typical formula of interacting with the environment to pick up items in one location to use in another, combined with some amount of interrogation of other characters in order to proceed with the plot.  The puzzles aren’t overly complicated and I only needed to consult a guide once or twice for a particularly tough puzzle towards the end.  Occasionally, I found that the puzzles were a bit on the tedious side, as I kept having to bounce between different locations in order to get to the solution.  Overall, I found the puzzles enjoyable, but not as common or extensive as other point-and-click titles, which lends well to its focus on the story. 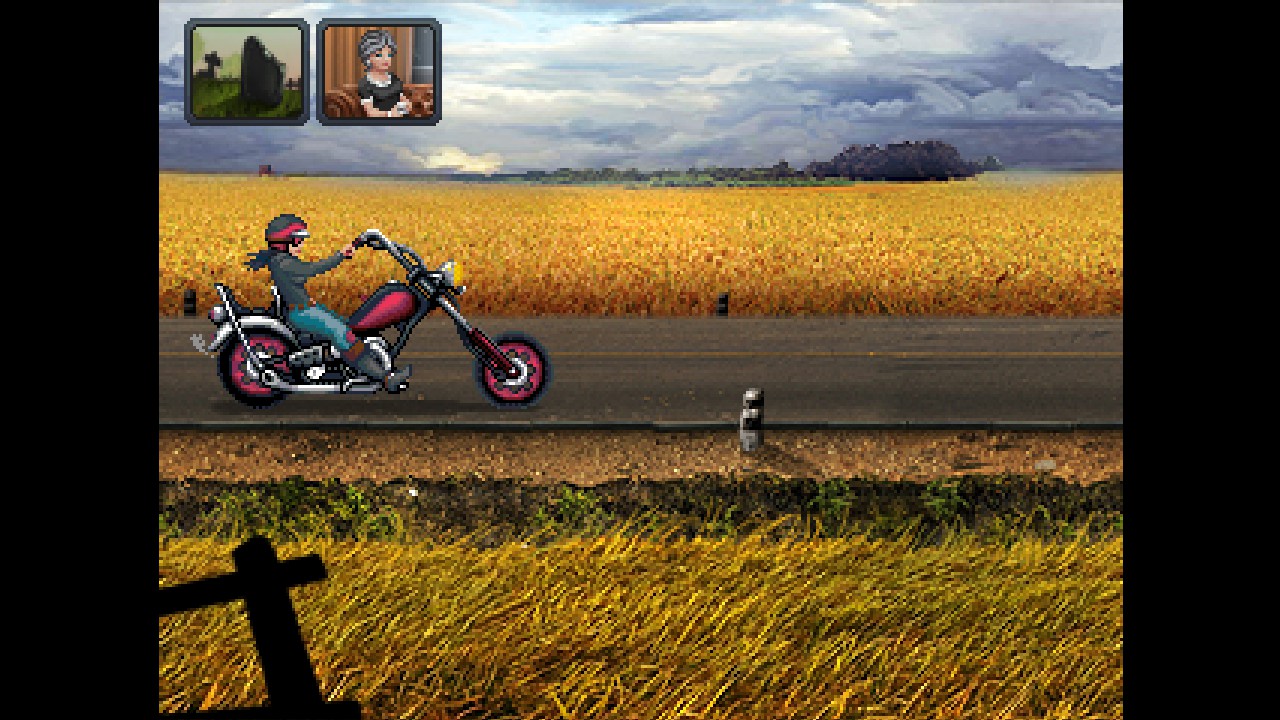 While backtracking could get frustrating, it is hard to be too upset when the game just looks and sounds this good.  Kathy Rain employs a purposefully retro style that brings to mind the classic point-and-click titles that it is inspired by, with a modern flair.  Even as someone that doesn’t typically like pixelated art styles, I couldn’t help but fall in love with the choice here.  If that isn’t enough, the musical score is phenomenal, adding to the slightly unsettling atmosphere that comes from investigating a small town where all is not as it seems.

Kathy Rain is a phenomenal adventure title that tells an emotional story more than worth playing.  Kathy herself may be one of my new favorite characters of any game due to her incredible realism.  While the puzzles are sometimes a little frustrating and the game’s final act isn’t as strong as it could be, any criticisms that I have of the game are small when compared to the amount of fun I had unraveling the mystery that Kathy’s grandfather left behind.

This is my second of ten point-and-click adventures that I’m working through for my backlog project, and I’m off to a good start, so far!   Have you ever played Kathy Rain?  Let me know in the comments below!