As I have discussed frequently in the past, I have a bit of an addiction to purchasing games.  At this point, if I stopped buying new content today, I probably have more titles on my backlog than I would be able to play in my life.  While I am cutting down on how much I buy in 2019, I am not ashamed by the size of my backlog.  When I look at everything I own, instead of feeling bad about it, I simply think about how many phenomenal experiences await me.

The fantastic bloggers of Later Levels and Livid Lightning have decided to devote the week of Valentine’s Day romance to video game backlogs.  We all have them and they can haunt us at times, but we should be embracing them instead of running away.  Therefore, I am going to admit here that I have well over five-hundred games on my backlog thanks to a mixture of bundle purchases and free games from subscription services.  There’s a handful of categories created by the organizers of this grand event, as well as one of my own, where I will be nominating titles from my backlog to show off some of the grand experiences that I will get to have in the future!

Games most likely never to be played

I would like to say “never say never” when it comes to video games in my collection, but I will be completely honest here:  I am incredibly unlikely to ever finish The Elder Scrolls III:  Morrowind.  There have been so many times that I tried to get through it, and I even made it ten or so hours in at one point, but the story never grabbed my attention enough to make up for all of the conveniences of modern gaming that a title this old sadly lacks.

In a similar vein, I am unlikely to finish any Fallout game that comes before Fallout:  New Vegas.  Unfortunately, even going back to Fallout 3 feels archaic when compared to the story improvements made by Obsidian, and the 90s RPGs only feel worse.  I appreciate these titles for paving the way to modern gaming, but I don’t see myself ever finishing them.

Honestly, there are a ton of short titles I could put here, but I’m just going to pick out a few experiences that claim to be less than six hours long according to How Long to Beat.  First up are both OneShot and Last Word, which I would like to eventually play because they are frequently compared to one of my favorite indie titles, To the Moon.  There’s still a number of other titles that I could put here, though, such as Aviary Attorney, which looks like a fun visual novel with detective elements that may help fill the void that Danganronpa left behind, or The Swapper, which is an indie puzzler that I cannot believe I haven’t played yet!  I could go on forever, but that’s a good cross-section of my backlog’s shorter titles.

Unsurprisingly, I have a number of long games on my backlog, as well.  Perhaps the entry I’m most shocked by is that I have yet to play The Witcher 3:  Wild Hunt after all these years.  I keep starting it, enjoying it, and then getting sidetracked and coming back to it six months later with no recollection of what I was doing, thus forcing myself into an endless cycle of repeating the first five hours of the game.  Seriously, I’ve killed the griffin at least three times now.  Once I finish the current batch of long titles I’m currently chipping away at, this one is next up, for real this time!

Of course, there are plenty of other lengthy titles on the bench right now.  Middle Earth:  Shadow of Mordor looks amazing, but I haven’t found the time to play it.  I only recently discovered that I love the Assassin’s Creed franchise, but I own nearly the entire series.  Both Dark Souls II and III are in my collection, but I’m far too terrified of them to even give them a shot.

Game which has spent the most time on the backlog 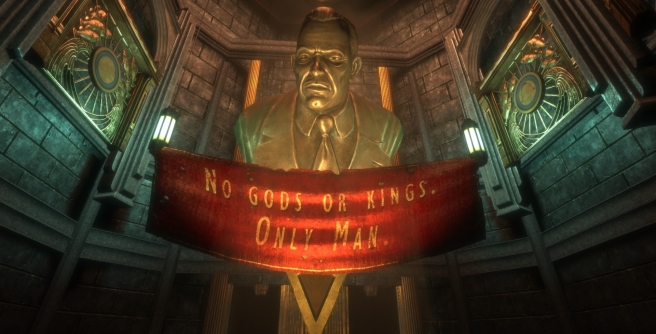 To determine what I’ve owned the longest without playing, I sorted my Steam library by recent titles and scrolled to the bottom.  Based on this very scientific method, a few titles that show up in the bottom fifty games include Cave Story+, Tomb Raider:  Anniversary, Deus Ex:  Human Revolution, Alan Wake, Risen, Trine 2, Bioshock, and Red Faction:  Armageddon.  Sadly, every single one of these games sounds phenomenal and I can’t believe that I haven’t given them a chance yet. 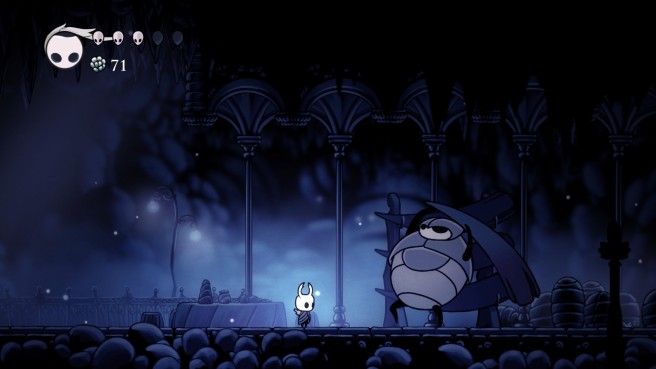 I added this category to the original list of questions because I noticed two specific genres that I don’t tend to pick up.  The first is the Metroidvania, probably because I’m awful at them and tend to get lost and frustrated with them quickly.  I want to enjoy these games so badly and keep purchasing them, but end up getting upset by my lack of skill too easily.  A small collection of Metroidvanias that I own include Ori and the Blind Forest, Hollow Knight, Owlboy, Guacamelee, and Aquaria.

The other category is the meaty RPG or JRPG.  Almost every single RPG I’ve picked up over the years has gone on to be a new favorite of mine, and yet I let so many of them collect dust because I worry too much about the time commitment.  Some of the notable games from this genre that I have collected include Pillars of Eternity and Xenoblade Chronicles 2, but I also have a habit of picking up multiple entries in the same series, such as the entire Witcher series, as well as multiple Final Fantasy, Tales Of, and Divinity titles.

The person responsible for adding the most entries to your backlog

So many people have increased my backlog tremendously.  I’m going to give a shout-out to A Geek Girl’s Guide and Gideon’s Gaming for specifically helping me find out about a number of under-the-radar indie games.  As someone who loves to seek out smaller titles, it’s a lot of fun to find a new hidden gem to fall in love with.

Well, there’s a rapid-fire sneak preview into the many games on my backlog!  There’s going to be an as-yet-unannounced continuation to this collaboration in March that I’m looking forward to participating in, so stay tuned for that!  As my own personal pet project, I will be devoting March to trying every single game that I mentioned today.  The games that I said I’d probably never finish will get one last chance to impress me, and I’ll put some playtime into every other title to hopefully give them a better chance of being finished one day!  I also plan on writing a post about backlog success stories, focusing on titles that I put off for years and fell in love with.  No matter what, I feel confident that March is going to be a great month for gaming!

What games are on your backlog?  Let me know in the comments below!

22 thoughts on “Loving My Backlog”