Since I recently made a list of books I want to read in the coming year, I feel that it is only appropriate to make the same list for games, as well.  I have actually attempted to make this list before, but I often fail at it because I set too high of expectations for myself.  In reality, I only play a few lengthy games a year, with the average title I play being more akin to a short, indie experience.  Therefore, I will try my best to keep my list realistic, but no promises.  Let’s see what 2020 has in store for my backlog! 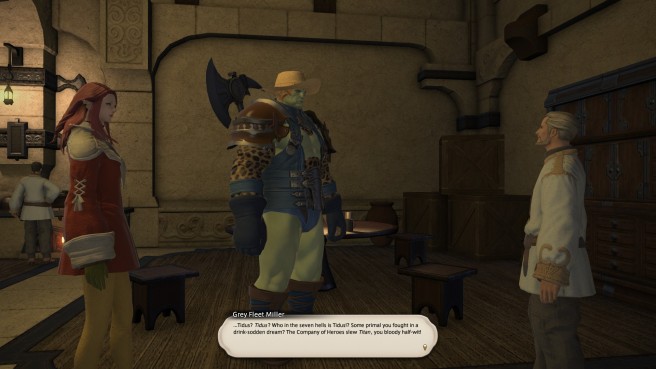 Since I’m trying to keep my expectations in check, I will admit that I don’t believe that I will finish all four of these games.  Instead, my purpose for putting these four MMORPGs on this list is to make sure I give all of them a try.  I started falling in love with the genre late this year through my return to Star Wars:  The Old Republic (though I want to play far more of it next year, which is why it earns a spot on this list), so I suspect that 2020 is going to be a year where I spend a lot of time finding the MMO that’s right for me.

I’m not going to put a specific entry in the Final Fantasy franchise here (apart from XIV, which I listed above), as I want to keep my options open.  Since my brother and I both want to beat every mainline entry in the series, I need to make sure I’m still beating at least one a year for the foreseeable future.  If I had to take a guess, I imagine that I will beat VII this year, as I’d like to play the original before playing the highly-anticipated remake coming out soon.

I love fantasy RPGs, but after beating The Witcher 3 last year, I feel like I have hit most of the well-known titles within the genre.  Therefore, I’m going to start working on some other, smaller titles, such as Pillars of Eternity.  I’m particularly excited for this one because it’s developed by Obsidian, which is the studio responsible for many of my favorite games, such as Fallout:  New Vegas and The Outer Worlds.

Return of the Obra Dinn is one of my favorite games of 2019, so I am incredibly excited to play the developer’s first game sometime soon.

I’m trying to work my way through a number of classic indies, and Undertale is definitely one that I should have picked up before now.

Disco Elysium took a lot of people by surprise by winning quite a few Game of the Year awards.  I’m definitely intrigued by the concept of a dialogue-based RPG, so I hope to get to this one soon.

GRIS looks beautiful.  Honestly, I have no specific, compelling reason to play this beyond wanting to be immersed in the unique art style.

Fallout:  New Vegas, Fallout 4, and even Fallout 76 are all games I adore.  For some reason, however, I’ve never actually finished the title that launched all of the modern Fallout titles.  Hopefully, I get around to it in 2020.

I really meant to get to Borderlands 3 earlier than I did.  I’ve gotten a decent way through the game, but it’s hard to coordinate schedules with my friends to finish it off.  If I can’t get everyone together to finish it, I may start a solo character in order to see the end for myself.

I love dark and gritty games that make me think about the ramifications of every action I take.  Given this fact about me, I cannot believe that I have waited this long to pick up This War of Mine.

After playing Va-11 Hall-A earlier this year, I need some more cyberpunk games in my life.  The Red Strings Club sounds eerily similar, so I’m psyched to give it a try.

I played two of Christine Love’s visual novel experiences this year and loved them both.  Therefore, I am incredibly excited to get into the rest of her work in 2020, starting with Analogue:  A Hate Story. 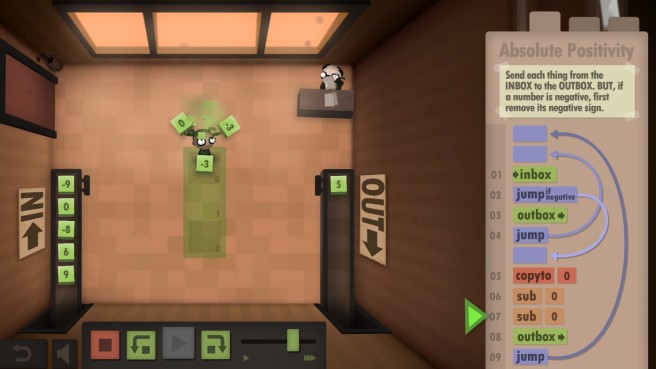 I started Human Resource Machine a long time ago, but I get frustrated with the puzzles easily and haven’t actually finished it.  2020 is the year that I finally polish off one of my longest-running game saves.

I have been watching all of the Star Wars movies recently, which gives me the perfect opportunity to play Jedi:  Fallen Order with some actual context regarding the events that happened before the game.

I love playing weird games once in a while, and Death Stranding, given its divisive reputation, has the potential to be either an amazing or horrible experience.  I’m curious to see which side I land on after finishing it.

I have been meaning to play Spider-Man since it first came out, but I just haven’t had the time to dive into it.  Since the end of the console generation is coming up and I imagine this will be one of my favorite games of the generation, I need to make sure I get to this one soon.

I have recently played Assassin’s Creed II and Odyssey within the past few years, and both of these games are personal favorites of mine.  Therefore, I hope to get to some more titles in 2020.  My first priority is probably Origins, so I can get a little more context for the current story in preparation for the next entry in the series.

Well, that’s a long list!  I doubt I will finish all twenty, but I will get to as many as I can!  While I don’t want to spoil the surprise, I have a few other plans for 2020 beyond this list that I will be sharing soon.

Have you played any of these games?  Did you enjoy them?  Let me know in the comments below!