Life has been busy, so I had to take a brief hiatus from blogging, but I also didn’t want to keep anyone in permanent suspense about what I played last year!  2019 was a strange year in gaming for me.  As the console generation winds down, it is getting more difficult to find titles that hook me.  That said, I still found some great gems and can’t wait to talk about how much I enjoyed all of them.  As one small side note, thanks to getting a new computer midway through the year, I unfortunately do not have as many screenshots as usual to use in this list, so there may be a fair amount of titles without images.  Sorry about that, but let’s get into the list!

Towards the end of 2019, I started looking into writing a few features for my blog, but I got busy.  One piece I wanted to write was a spotlight on the Humble Bundle Originals that come with the monthly bundles.  These are usually small micro-games that are unique or experimental in nature.  While I still hope to write about this in the future, I can assure everyone that After Hours will not be one of the games I discuss when recommending Humble Originals to try.  This is an interactive film, which is a concept that I believe could be quite interesting in the right hands, but the story and character development wasn’t strong enough to keep me engaged, and there was minimal gameplay due to the genre.

Speaking of Humble Originals, Wheels of Aurelia is another title that I played because of this potential feature piece.  This is a visual novel where the player picks dialogue options to continue conversations while simultaneously driving a car from a top-down perspective.  The premise sounds interesting, but the writing was weak and the gameplay felt clunky and often unresponsive, leading me to basically ping-pong my car from the left to right side of the road as I frantically tried to choose whatever dialogue option I could reach first, without even bothering to read it.  It wasn’t an enjoyable experience, although it was mercifully short, at about twenty minutes for my first (and only) playthrough.  There are a ton of endings for anyone that can see past the iffy controls, so it might be worth trying, but I wouldn’t prioritize it over other games.

Another project that I have been working on is playing more visual novels, both free and paid for, in order to put together some recommendations for others looking to get into the genre.  There are a number of free visual novels that I enjoyed immensely this year, but I Woke Up Next to You Again simply doesn’t tell enough of a story in its short runtime.  I played several other games by the developer, Angela He, this year and I did enjoy some of her other titles, but this one simply didn’t engage me enough to give it a higher spot on this list. 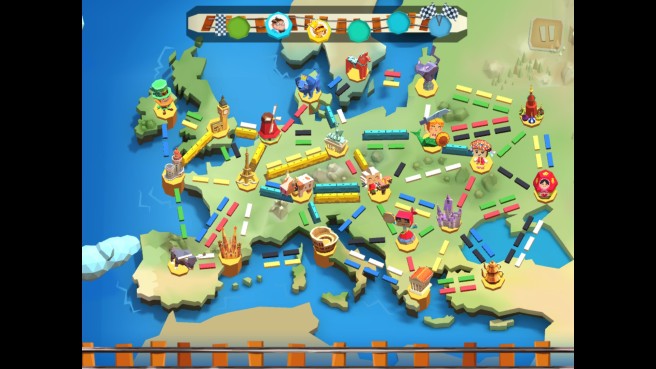 Ticket to Ride isn’t an enormously complex game to begin with, so I’m not entirely certain why a children’s version would even exist, but here we are.  It has some cartoon-style graphics that are cute at first, but after about ten minutes, the animations get really aggravating because they slow down the pacing of the actual board game being played.  Overall, I would probably recommend picking up a copy of the actual board game over playing this. 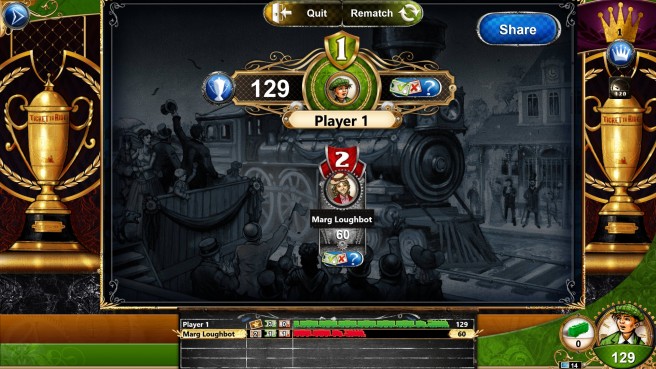 I really didn’t like the children’s version of Ticket to Ride, but that doesn’t mean that the normal, adult version of the game has escaped my criticism.  It’s slow to play, leaving me to believe that the board game version would be a much more satisfying experience.  The online play is also really buggy and crash-prone, so I could effectively only play with bots the entire time that I picked this up.  Again, this title proved that I like the concept behind Ticket to Ride, but I would rather play the board game.

51.  Thirteen and Half Cats

I got a new tablet in 2019 and decided to download a few random mobile titles in order to just make sure everything was functioning properly on my new purchase.  One of the games I downloaded was Thirteen and Half Cats because it was free and Apple Arcade hadn’t come out yet.  This is a short mixture between a visual novel and very (very) light side-scrolling platformer.  The player is told to wander around a location and collect some cats.  A full playthrough takes less than thirty minutes, and while completely inoffensive, it’s also pretty forgettable.

That’s it for the first part of my list!  I want to be able to do ten at a time for the remaining parts, so I made this first section a little bit shorter.  What were your least favorite games of the past year?  Let me know in the comments below!