I love Humble Bundle and want to make sure they get the attention they deserve.  For those who are unaware of them, Humble Bundle does game bundles for charity.  It’s really a great deal, as you get games for cheap, and donate some money to help a variety of charities.  My favorite deal by them is their monthly bundle.  Humble Bundle curates a bundle each month that you pay $12 for, and get the games unlocked on the first Friday of a new month.  Today, I will be giving my first impressions of each of these games from the July bundle.

Up first is the Humble Original title, a DRM-free experimental title that comes with the bundle every month.  This month, the game is Stumblehill.  In Stumblehill, you play as a cute little bird that has launched itself from the nest.

This game is a pretty traditional platformer, with a twist:  The baby bird falls down if moved too quickly in a direction, while tumbling downhill, or if a jump isn’t landed correctly.  This adds a bit of creativity to the platformer.  For example, the bird bounces when falling down in a certain way, which can help reach certain spots in the game.

In my short time with the game so far, I find that I love the watercolor-style graphics but I haven’t yet gotten a hold on the gameplay.  I’m still finding it difficult to predict when the bird will fall down, and while charming at first, this mechanic grows annoying quickly.  I don’t believe that the controls are broken, as I imagine they are intentionally made to be a little shaky, similarly to how the bird itself would feel.  That said, this definitely is not my cup of tea.

Forts is a real-time strategy game that reminds me of the Worms franchise with a little more base building.  You and your opponent (either AI or another person) are on opposite sides of a field, gathering resources and building guns, with the ultimate goal being to take out the other player’s base before they take out yours. 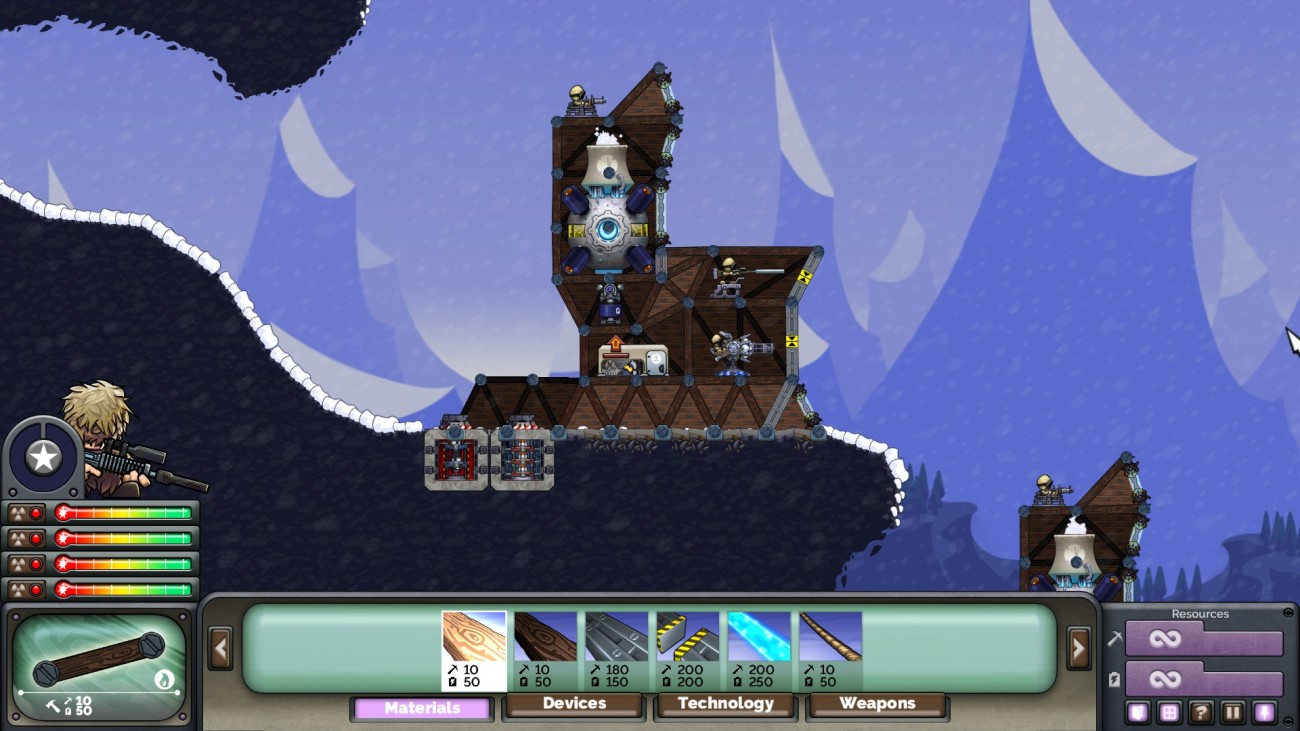 I played through the first few missions of the game’s extensive tutorial and managed to take out some bases.  The RTS elements to this game are not particularly complex, which makes it simple enough to play casually with friends, but also deep enough that I can see myself sinking hours into this, trying to build the best base possible.  I will return to this one in the future to see what else it has to offer.

Next up is Titan Quest and its expansion Ragnarök.  The version of Titan Quest in this bundle is the anniversary edition, which was created in celebration of the 10-year anniversary of the game’s release.  I have owned Titan Quest for a while and haven’t actually touched it before, so now is a great chance to give it a go!  This is an action-RPG game in a similar vein to Diablo, so there will be plenty of open-world loot grinding and questing to be done.

Since this game’s original release was a while ago, I’ll admit that the graphics aren’t the most appealing by modern standards.  Still, I played long enough to finish a few quests and level up a little, allowing me to take a look at the skill progression.  This game asks you to pick an area you want to master, between various mage, warrior, and rogue classes.  From there, you can add points into the class like you would a normal skill tree.  Combat feels fluid and maintains the same frantic energy that exists in Diablo games.  Overall, I am really glad I finally gave this game a chance, because I’m definitely going to finish it.

My initial thought when I saw Hearts of Iron IV was that of fear.  These hardcore strategy titles are way beyond my ability to comprehend them.  That said, I gave it an honest try and…got completely lost.  I watched videos, read guides, attempted the tutorial, and still had no idea what was happening. 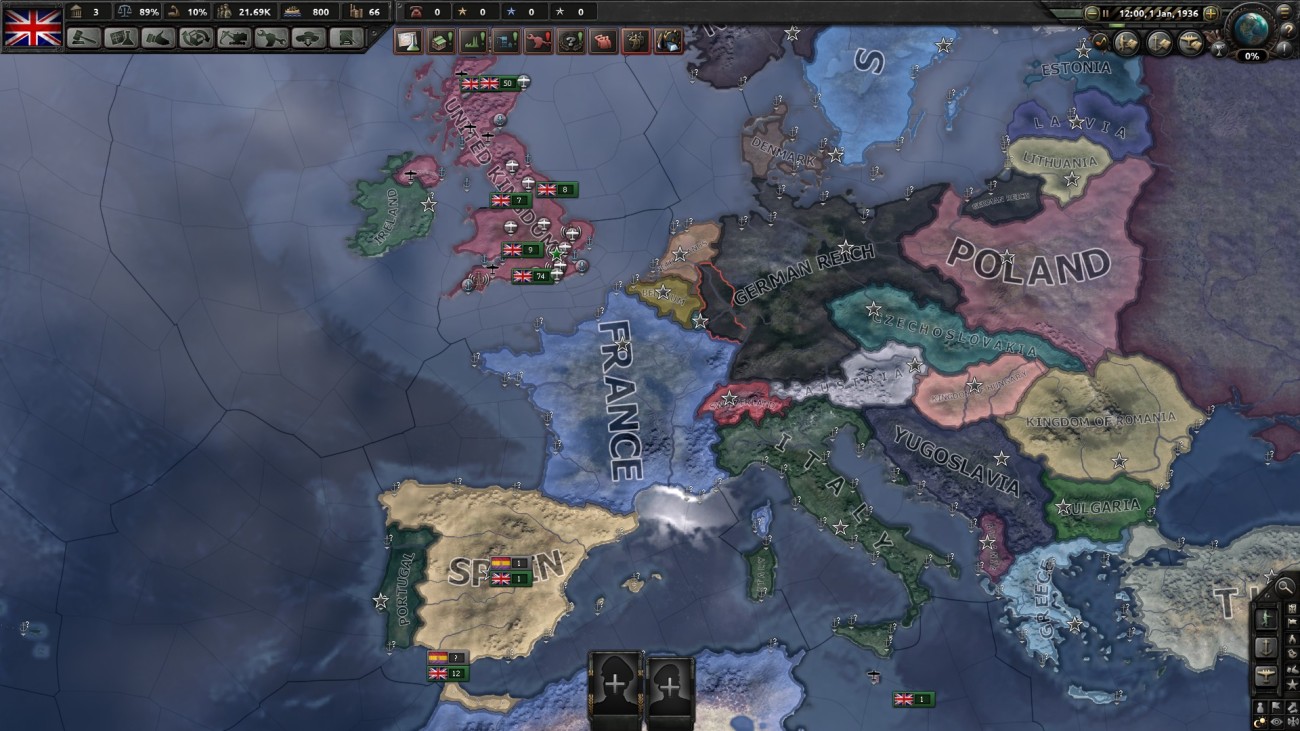 What’s happening in this picture?

I may actually give this game another shot one day, because the reviews for it are glowing, but I may need to start with a more accessible strategy title and work my way up.

This game also scared me a bit when I saw it, because I don’t play a ton of multiplayer games.  When I opened it up and started my first game, the server I chose would only allow me in if I was going to captain the ship by myself due to some team balancing issues.  Not knowing how to play the game, that led to me standing on my ship confused, so I decided to exit and find a different server.  When I got to my new server, this is the first thing I saw upon spawning: 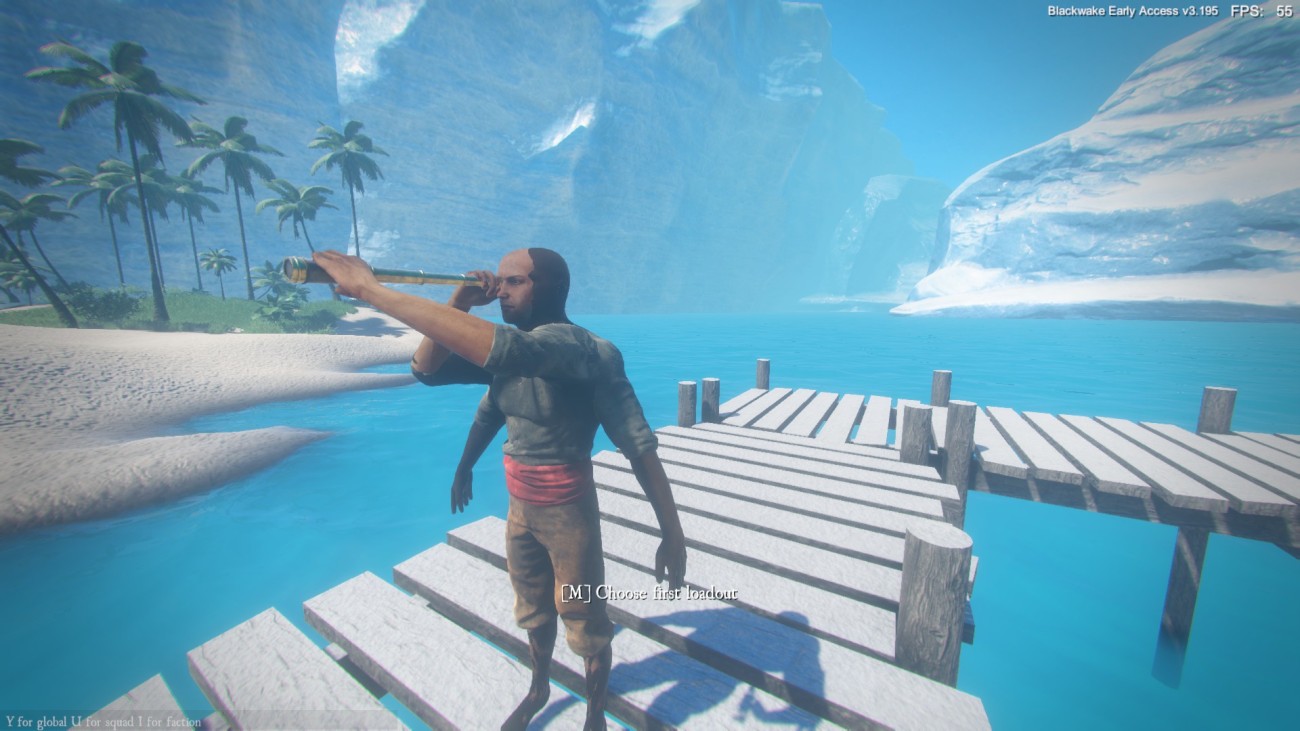 I assume it’s two people standing on the same spot, but it terrified me for a second.  I finally had a real crew, so I got on my ship and did a little battling.  The battles themselves were fun enough, but quite buggy.  In addition to that, I noticed that my reasonably decent gaming rig sounded like it was about to explode, and there were a lot of framerate drops.  I probably won’t play this one again unless I can find some friends to sail the high seas with, and my computer will probably thank me for this.

For me, Minecraft is like gaming comfort food.  When I found out one of the monthly bundle games was a Minecraft-style 3D building game, I was sold immediately.  Portal Knights appears to be what happens when you take a building game, and add some light RPG and class-based systems into it. 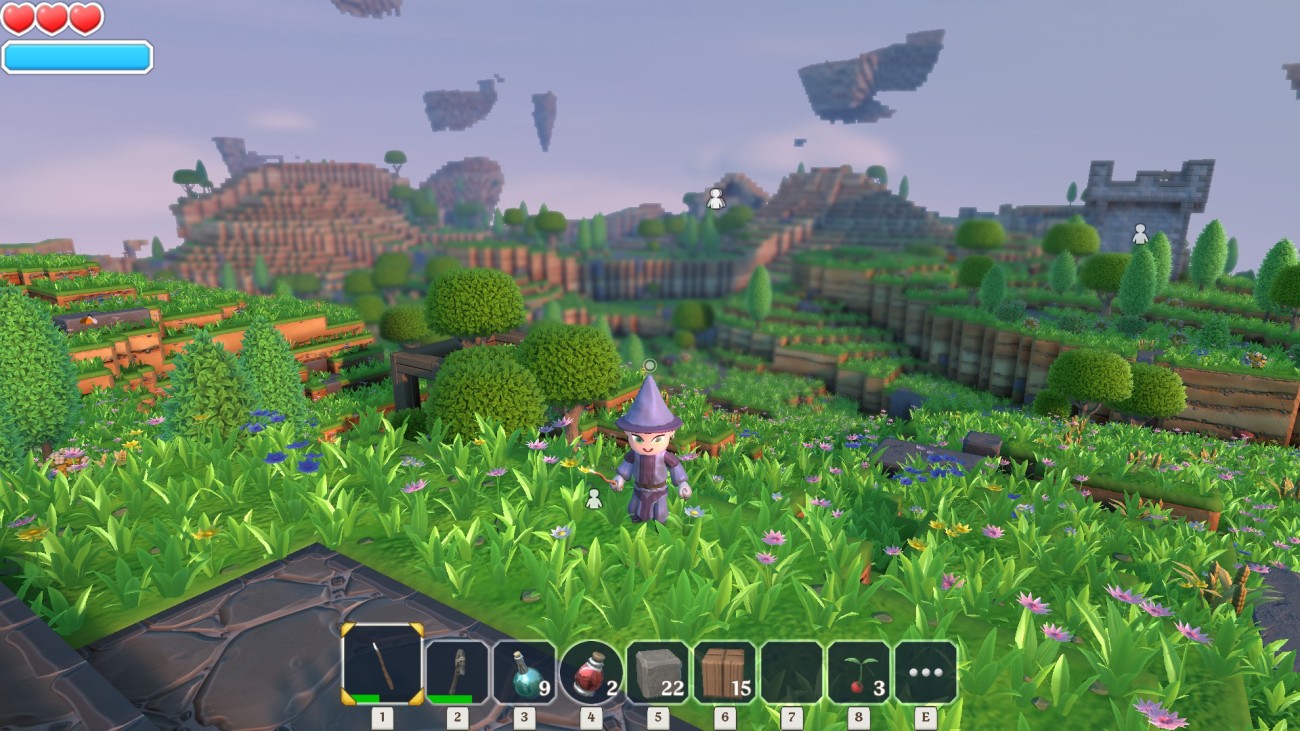 All your usual survival crafting game elements are here.  You can explore, craft items, and avoid going out at night without an arsenal of weaponry.  Where it differs, however, is that there are multiple classes to choose from, NPCs that give quests, and a series of smaller islands to explore instead of one large world.  The only aspect of the game I’m not sold on yet is that the menus and block placement feels clunkier than other games of this genre.  That may just be something I need to adjust to, and I am definitely excited to play more.

The first thing that I noticed upon booting up this game was that it only shows Xbox controller prompts instead of keyboard commands.  While somewhat understandable as a smaller indie title, it was definitely a bit annoying.  Once I got past that, however, I found a really charming action RPG with a combat style reminiscent of fighting games.

The art style is vibrant (although I did notice a little bit of framerate instability here and there), and the RPG elements pair perfectly with an innovative and interesting battle system.  So far, my battles have consisted of mashing a single button as quickly as possible, but I hope that the difficulty will increase as time goes on.  I’m excited to try some more of it and see what else this game has to offer.

Being perfectly honest here, this game suffers a similar issue to Hearts of Iron IV in that I’m just not good enough at them to fully understand what I’m doing.  That said, Interplanetary:  Enhanced Edition feels far more accessible and by the time my play session was over, I actually kind of understood aspects of what I was doing.

The central premise seems to be similar to Worms (the publisher of this game, incidentally, published past Worms titles), in that you are trying to shoot your opponents’ planet while building up your own planet.  The gameplay mechanics are generally pretty easy to understand, although I will give a warning here that the tutorial leaves a lot to be desired.  Still, getting into this game a little more might help ease me into more complicated strategy titles, so I’ll continue to pick at this one.

I was really looking forward to getting my hands on this game.  Sadly, it doesn’t seem to be working on my computer.  The Steam forums say to update my drivers, but that didn’t seem to fix the problem.  Unfortunately, not being able to play the game means I probably won’t ever play the game.

Overall, of the games I got in this bundle, I will likely continue to play Forts, Titan Quest, Portal Knights, Shiness, and Interplanetary.  For twelve dollars, that’s a lot of new games I am really glad to have picked up.  If you are interested in subscribing to the Humble Monthly bundle for future months, here is a link to read more about it.  August’s monthly bundle will include A Hat in Time, The Escapists 2, and Conan Exiles upfront upon paying for the bundle, and more games will be unlocked in the first week of August.  Stay tuned to my blog for updates as I continue to play these games and others!