HIVESWAP: When Personal Preference and Facts are at Odds 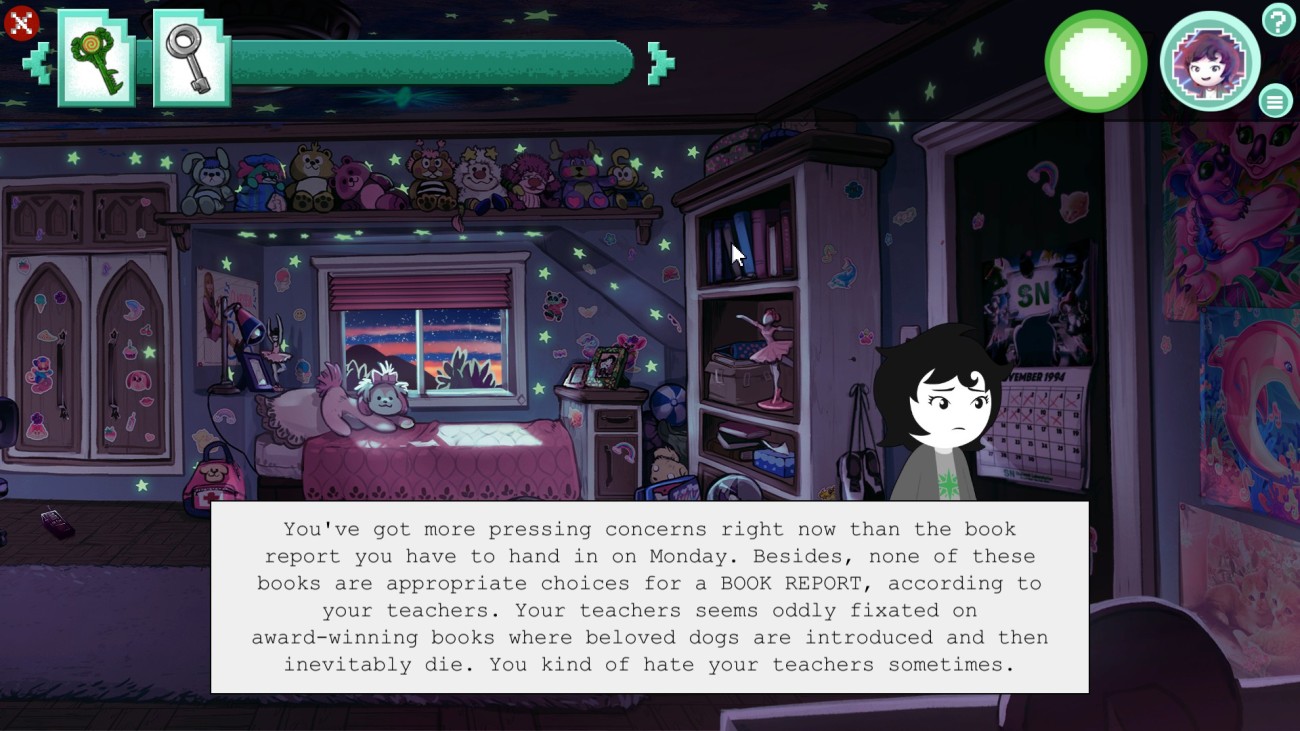 Well, this is a tough post to write, but I want to address a problem that I’m increasingly having when I discuss games.  I recently played a game called HIVESWAP, a point-and-click adventure set in the Homestuck universe.  Originally, playing this game was part of a larger effort on my part to go through all of my past Humble Bundles and give all of the games a little playtime to gather some first impressions.  When I started this game, I immediately got hooked and played the entire game in a sitting.  The setting and characters were fleshed out and all of the puzzles made logical sense, which is a rarity in the point-and-click genre.  Still, as I went to give a quick review on Steam, as I always do upon finishing a game, I gave the game a “not recommended” review.

HIVESWAP is a wonderful experience, and a game that I thoroughly enjoyed.  With that said, however, there are two glaring issues that prevented me from recommending the game when I left my review.  The first issue is that the game is being released episodically.  Act one came out almost a year ago, and nothing has been reported on future acts of the game outside of a generic early 2018 release window that has since come and gone.  What’s even more concerning is that this game is the final product of a 2012 Kickstarter, and six years later, one act has come out.  The first act is two hours long and ends on a cliffhanger that, as of now, it appears may never be resolved.

The second issue is that, in my two hour playthrough, HIVESWAP crashed at least a dozen times, with one crash actually crashing my computer.  I have a decent gaming rig, and a point-and-click adventure game should absolutely not be this unstable on any computer primarily meant for gaming.  I scoured the internet for a fix, but nothing I tried worked.  Instead, I just saw more and more people complaining about game-breaking bugs and points where the game just wouldn’t let them continue because it would consistently freeze up.  I did, thankfully, manage to make it to the end, but it was a struggle that involved saving every time I interacted with an object and rotating at least ten saves in case one got corrupted.

This game put me in an odd position.  How can I review a game that I personally loved, when I also felt that I needed to warn prospective consumers about the severe drawbacks to this game?  On a simple Steam review, I have no choice but to give a thumb’s down rating to catch people’s eye and then give my more nuanced opinion in text.  On this blog, however, I have more freedom and have a different method I will now be implementing.

From here on out, my reviews will focus far more on giving my personal opinion as a gamer, as well as a more objective opinion involving technical details.  I want people to know about the negative aspects of games, but I also know that calling a game “good” or “bad” in response to these negatives is a very black-and-white system that doesn’t match up with reality in many cases.  Therefore, I have made the decision to have reviews culminate in two scores, instead of just one.

The first number is the personal enjoyment number.  This is the number that reflects how much fun I had playing the game, and focuses far less on the critical details.  Games are supposed to be fun, and sometimes glitches, bad graphics, or repetitive fetch quests don’t matter that much if the game is just fun.  For example, if I were to review HIVESWAP here, I would do something like this:

Because the major crashes and concerns over whether future acts are coming are legitimate issues, but not issues that actually affected how much fun I had in the moment playing the game.  Obviously, crashes can impede game enjoyment, but I never lost much progress and loved the characters enough that I wasn’t bothered.  Still, I do want to make sure objective negatives that may not bother me, but affect the overall quality of the game are accounted for.  Therefore, I want to have a separate number that represents me taking a more critical look at the game and assigning it a number more representative of its overall quality.  This is where the technical review score comes in.  Again, in HIVESWAP‘s case, this is the technical review score for this game:

Overall, I hope that using these two numbers, as well as making a greater effort to give personal and objective reasoning in my reviews, gives a more complete picture of the overall quality of a title.  I want to make sure that people know exactly who I am as a gamer, because games are ultimately subjective and people have different tastes.  The technical review score is as close to an unbiased opinion as I can give, whereas the personal enjoyment score should give people a better idea of how closely aligned our gaming tastes are, as well as give people an indication as to how much the weak points of a game actually matter.  I’m going to go back and give personal enjoyment numbers to all of my past reviews to give people some tangible examples of the personal enjoyment rating in action, so take a look at my past reviews for more information!

I would love to know people’s thoughts on this double-number style, as well as whether any of you guys have had trouble with reviewing games for any reason in the past.  Let me know in the comments section!