Hello, everyone!  I thought I’d switch it up a little bit with a tag post in order to celebrate 50 followers, because tag post are, for me, a really great way to get to know bloggers.  The blogger I found this tag post from is Cheap Boss Attack and you can read that post here.  Anyways, on with the list!

1 – A Game Everyone Loves That You Can’t Stand.

I thought I’d start this list off with a grand confession:  Because of Limbo, I thought I hated indie games for a long time.  Everyone loved this game for its art style, abstract story, and platforming mechanics, but I hated every second I spent finishing this game.  This game made me steer clear of indie titles for several years, because I assumed all games would be like Limbo.  When I finally learned that my dislike of this specific game is not representative of the indie community as a whole, it just made me hate Limbo even more because I missed out on so many great titles over the years.

I am a complete Bioware junkie, and I love Mass Effect Andromeda, even if no one else does.  Mass Effect is a series that holds great importance to a lot of people, myself included, so Andromeda had impossible standards set from the start.  This game is not the original trilogy, but I don’t resent it for this.  Instead, I learned to love it for what it is instead of what it isn’t.  The characters are still varied and have a lot of depth if you take the time to get to know them, the worlds are large without being terribly bloated, and the vehicle mechanics finally made driving fun for the first time in the series.   I understand why people hate this game, but to those who haven’t played it because of the hate it has received, I recommend giving it a try if it goes on sale for a low enough price.

3 – An Older Game You Haven’t Finished And Probably Never Will.

I’m so sorry, guys.  I have tried, tried, and tried again when it comes to playing The Witcher, and I have had the worst luck.  Over many attempts, the furthest I’ve gotten is chapter three, and then I got a new laptop and lost my data.  Most recently, I tried to play the game again and ran into something that isn’t technically a game-breaking bug, but makes it much harder to progress through the main story.  I’ll probably read a plot synopsis and give The Witcher 2 a try, or maybe just skip straight to The Witcher 3:  Wild Hunt.

This entry refers more to a genre than a specific game.  I have no shame when it comes to my gaming, but if I were to be ashamed of anything, it’s that I play a lot of clicker and idle games.  In fact, AdVenture Capitalist is my most played game on Steam, with close to 150 hours.  Clicker games are a great way to unwind at the end of a long day or take a break when a boss fight is frustrating, and I’d highly recommend that others give it a try.

5 – A Game You Really Love But Haven’t Played In A Long Time. 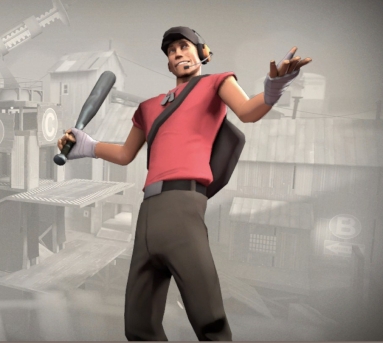 It’s been years since I have played much of Team Fortress 2, in part because it makes me kind of sad to look at now.  Back in high school, I would stay up all night and play this game with friends, but as MOBAs rose in popularity, and modern hero shooters like Overwatch came out, this game began to feel like a shadow of its former self.  It is my favorite multiplayer game of all time, so it will always be installed on my computer until the day the servers shut down, but I really do miss the glory days of this game.

6 – A Game You Never Play Seriously, But Others Do.

I don’t play a ton of Overwatch, but when I do get online with some friends, I don’t take it the slightest bit seriously.  I’ll probably never play in any ranked matches, and my favorite mode to play is actually the one where you switch heroes randomly every time you die.  It’s fun to experiment with the different heroes, but I don’t care that much about how my team is doing as much as I care about just having some fun with my friends.

7 – A Game You Completed But Hated It By The End. 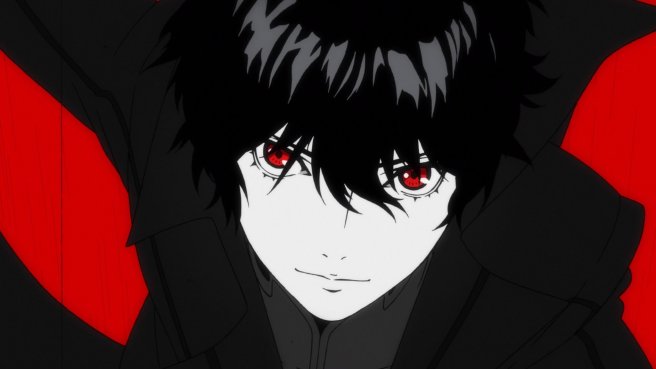 I know that people love Persona 5, and as a huge fan of the previous two games, I tried so hard to enjoy my time in this game.  Ultimately, though, I wasted ninety hours trying to force myself to like a game that I just didn’t like.  The characters all felt like watered-down versions of prior entries to the series, the stealth elements of the dungeons just bloated up the dungeon sections to take longer than they should, and there wasn’t enough story content here to justify the length of the game.  I’m still hoping that I’ll love any future Persona titles that come along, but this entry stung a little bit.

I’ve played the first Borderlands game multiple times, and I love it.  The almost unanimous gamer opinion of Borderlands 2 is that it is way better than the first game, so I went in with high expectations.  I think Borderlands 2 is a great game, and I understand why other people like it, but I personally couldn’t stand it from start to finish.  In most games, I would love the variety of environments on offer, but I missed the Mad Max aesthetic the first game provided.  I also hated the class I chose, but didn’t realize how much so until I was too far in the game to start over.  In both games, I played as the Siren, and the Siren of the first game had much more flexibility in the way she could be played, whereas the second game locked the Siren down to being a generic support class.  Overall, maybe going through the game as a different class would give me a more positive opinion, but I’m not in a hurry to give it another go. 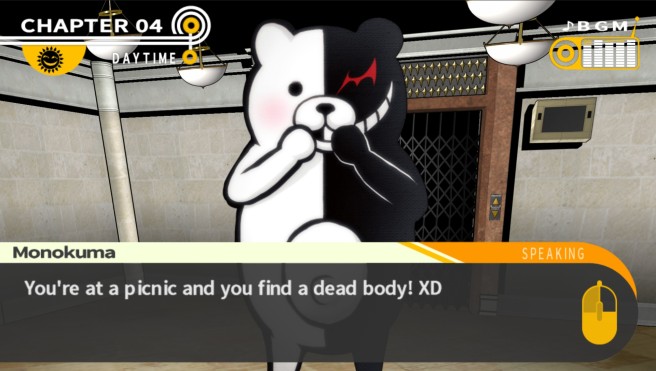 I have never been so happy to be wrong about a video game.  I’ve had my eye on Danganronpa:  Trigger Happy Havoc since its initial PSP release in the west, but the premise of murderous high school students sounded too gory for my tastes, and I didn’t think I’d like the visual novel style.  For some reason, however, something compelled me to pick it up and try it this year, with my expectations set low.  I am happy to report that, not only was I wrong, but Danganronpa is now one of my favorite series of all time.  The second game, in particular, is probably in my top ten games of all time, and this experience has definitely led me to take greater risks with my gaming, because who knows what I might like if I just give it a try?

10 – A Game You Are Excited For That Hasn’t Come Out Yet.

There are a ton of games coming out that I am obviously excited for, but I don’t think any of them quite match up to my excitement for the Spyro Reginited Trilogy.  These three games were my childhood, and I don’t think I would be a gamer today if my mom hadn’t bought these for me years ago.  The thing is, I was kind of terrible at games, as many preschoolers are, so the real reason I want the reignited trilogy is to actually finish the games that I have such fond memories of playing.

Well, I hope you liked my choices, or at least understand them!  Let me know your own unpopular opinions, or link me to your own posts on this topic!  To wrap up this list, I do just want to give a heartfelt thanks to anyone who finds me interesting enough to be worth following.  I love writing this blog, and it’s even better when I don’t feel like I’m just shouting into the void.  I’m going to have tons of awesome content coming, so stay tuned for all sorts of cool things!