For those of us in the United States, Thanksgiving is upon us.  In an attempt to put a gaming spin on the holiday, I thought I would write about ten games that I am thankful for in some way.  These are not necessarily my favorite games, but they are games I have strong memories attached to or hold some significant meaning in my life.  These games helped mold who I am, as a gamer, critic, and person, and I wanted to thank them for this.

Spyro the Dragon is not my first video game, as that honor likely goes to either Barbie Super Sports or Elmo’s Letter Adventure.  Instead, Spyro is the first game I played where I was old enough to play through levels on my own.  In other games I had played at this point in my toddler life, I could barely hold the controller and needed my mom to play me through most of the game.  When I got my hands controlling this purple dragon, however, something clicked in my brain and I finally figured out how to use the controller.  I was still terrible, as I never actually beat the game until the remakes came out twenty years later, but there was a sense of pride that came from being able to play Spyro without help that started me down the path of gaming.

Final Fantasy X was the first game that I fell in love with.  This game was love at first sight, as the story, characters, and combat system all gripped me from the start.  This isn’t the most difficult game in the world, which meant it was perfect for me to get the turn-based battle mechanics down so I could wander the land of Spira.  I even introduced the general plotline of this game to my friends so we could act out the game on the playground during recess.  Given this game is actually about the complexity of organized religion, I find it a bit troubling that I pretended the baseball diamond was really one of the temples in the game, but that’s just in hindsight.  To this day, Final Fantasy X remains a personal favorite of mine.

Katamari Damacy is my rainy day game.  If I come home from a terrible day, or just generally feel upset about something, I pop this game in and play it from start to finish.  One playthrough is only the length of an afternoon, so it’s the perfect length to shut my brain off for a few hours and relax, allowing me to escape my real-life problems for a little bit.

I know this may seem like an odd choice, but Dance Dance Revolution Extreme 2 is the first game I ever bought with my own money.  I saved up my allowance for weeks so I could get this game because I wanted to play it with my little brother.  The music was amazing, the dance master mode campaign challenged me to get better, and playing with my brother was a great way to bond, as our gaming tastes don’t always overlap much.  In fact, when I was home over the summer, my brother and I got the old PS2 out so we could play the game again, even though both of us are well beyond our Dance Dance Revolution days.

When my family got our PS3, my mom, brother, and I were all allowed to pick a video game to buy with the new console.  Since I was a music nerd at the time, my pick was SingStar, a karaoke party game.  I wanted this game mostly to play with my friends at sleepovers, but I actually got an unexpected gift out of this game:  My dad, who historically hates all video games, loved playing SingStar.  For the first time in my life, I could get my dad to play a video game without having to force the controller into his hands.  We spent an absurd amount of hours playing that game together, trying songs over and over again to get a better score.  We haven’t played in years because our microphones broke, but I still can’t listen to “The Final Countdown” or “More Than a Feeling” without thinking of this game.

I wasn’t allowed to play M-rated games until I was a teenager because my mom didn’t want me playing violent games in front of my brother.  When I finally was able to play an M-rated game, Fallout:  New Vegas was the first one I really got into.  Not only did it introduce me to the universe of one of my favorite franchises, but it also got me into western RPGs for the first time, which led me to play a number of other games that I consider to be favorites of mine, such as the Elder Scrolls franchise and anything made by Bioware. 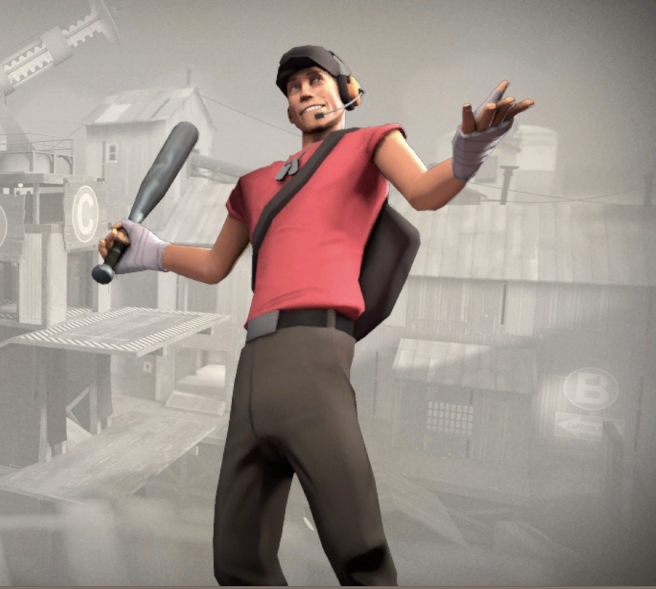 In my senior year of high school, I had a friend message me on Facebook and ask if I was interested in playing some game called Team Fortress 2, although he told me I would need to create an account for something called Steam before I would be able to play.  As I knew nothing about PC gaming at this time, and my family’s home computer was a veritable potato, I had no idea that this title was about to completely change the way I game.  Admittedly, while I really enjoyed this hero shooter, it is mostly on the list because it introduced me to PC gaming and I never looked back.  In fact, getting Steam made me a much more “hardcore” gamer, in that I went from beating a few games a year to being a constant consumer of every game I could get my hands on, so I actually have Team Fortress 2 to thank for a lot of games I played afterwards.  Indirectly, this is probably the game that had the largest effect on my life of anything I’ve ever played.

Rogue Legacy is not a game that I thought I would ever like, as I rarely enjoy 2D platformers, metroidvanias, or roguelike-style games, but the combination of the three intrigued me in this particular instance.  I absolutely adore this game and have poured dozens of hours into trying to beat every boss as efficiently as possible.  The reason I’m thankful for this game, however, is that it’s the first indie title I got into, and it introduced me to this whole world of smaller companies making inventive new titles that I would fall in love with.  Without Rogue Legacy, I never would have played games like Torchlight, Roundabout, or Stories Untold, which are all indie titles that I hold in high regard.

I’m not going to talk about Minecraft extensively, because I have written about why the game is influential on my life twice now.  All I’m going to state here is that I have this block-building title to thank for most of my current social circle, and my relationship with my husband survived multiple years of distance because we could meet up virtually and bond over mining and getting our structures blown up by creepers.  My life would be very different without it.

Finally, this year, I am thankful for Fallout 76.  I know a lot of people don’t care for the game, and they’re completely justified, as it’s a very buggy mess that feels unfinished, but I have a special connection to it.  My mom is a huge gamer, and while I have tried to convince her to play online games with me over the years, she continues to maintain that she only wants to play single-player titles.  When she heard about Fallout 76, however, she had to have it and wanted to play it with me.  This is her first extensive foray into multiplayer gaming outside of the occasional Call of Duty zombies map, and I’m so thankful that she’s given it a try and I’m getting the opportunity to play this game with her.

What games are you thankful for in your lifetime?  Let me know in the comments below!

15 thoughts on “Ten Games I am Thankful For”