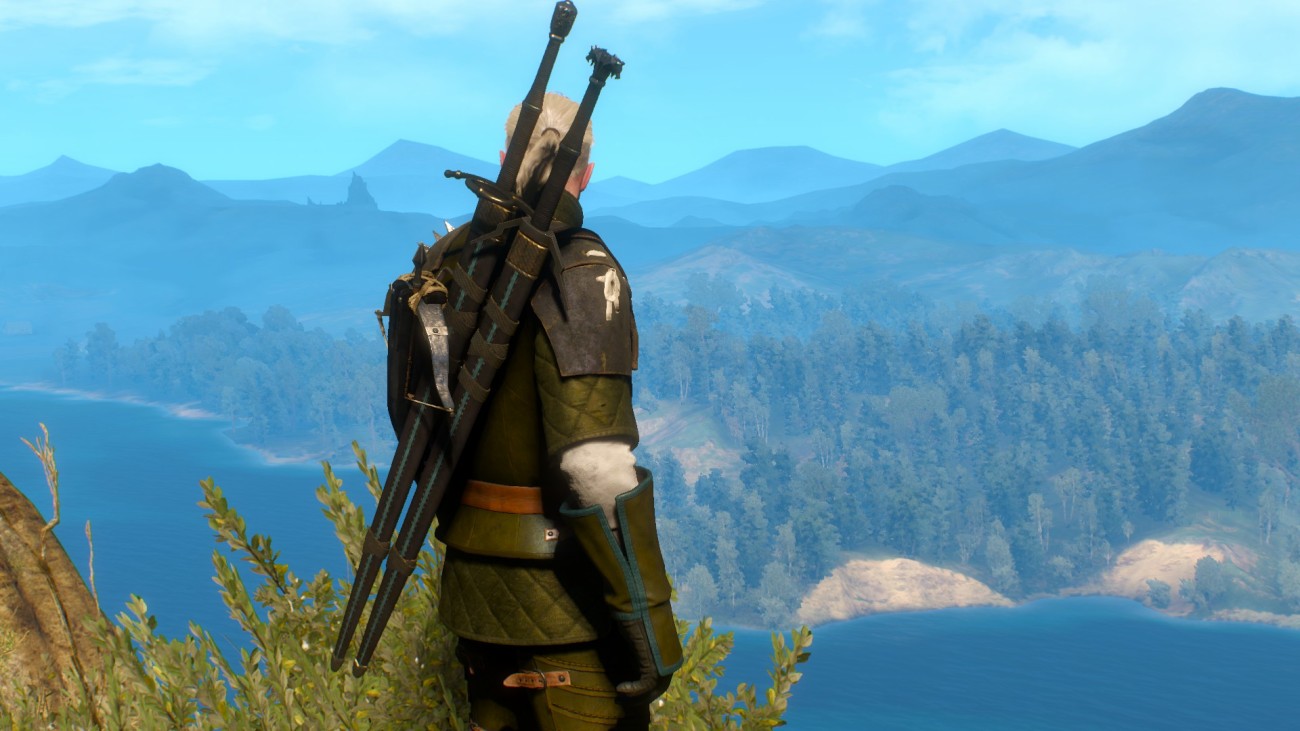 Note:  This post will contain spoilers through the Skellige portion of the main quest.  Read at your own risk!

As part of my ongoing documentation in my experience with The Witcher 3:  Wild Hunt, it is now time to discuss the Skellige portion of the main questline.  The best summary of my feelings right before going to Skellige is that I’ve enjoyed my time with the game well enough, but it’s hardly my favorite title of all time.  While I would still agree with this assessment, I can honestly say that Skellige is, far and away, the best of what The Witcher 3 has to offer thus far.

A lot of my satisfaction with Skellige comes from the setting itself.  In my last post, I stated that I expected the area to look barren and lifeless based upon the descriptions that NPCs in Velen and Novigrad had for it.  Well, imagine my surprise when Skellige turned out to be a beautiful and lush set of islands.  I had so much fun just running around the landscape and checking off question marks across the map.

Something I enjoyed less about Skellige, however, was the reliance on boats.  I hate dealing with water in The Witcher 3.  I just find being in the open water to be an exercise in tedium.  In Velen and Novigrad, there weren’t too many water-based objectives and the only enemies I had to deal with underwater were drowners in most cases.  Unfortunately, in Skellige, I have to kill Sirens, which move a lot faster and more erratically because they can also fly.  I spend a lot of time spamming my crossbow button (which, by the way, is the middle mouse button on PC by default?  Why?) and praying that the auto-aim kicks in and gets them.  It’s so frustrating, especially since most of the map markers out at sea are just random treasure chests.  This is a minor gripe, as most of the quests don’t force me out to sea much, but it’s definitely not my favorite part of the game.

Back to the positive comments, though, as I discuss the story to this point!  The Witcher 3 is finally giving me some story bits as Ciri’s trail grows a bit warmer.  In Velen and Novigrad, I didn’t feel like I was doing much to actually advance the main quests since I was being fed details at a snail’s pace.  In Skellige, I’m no longer at a standstill waiting to find out what the actual point of the game is.  In fact, I had to forcibly drag myself away from playing in order to write this post before I head to Kaer Morhen, as I would really like to see what happens next.

I’m fairly certain that Yennifer is a large part of the reason that the plot feels like it is actually progressing now.  Now that I’ve actually seen her and Geralt interact with one another beyond her brief introduction at the beginning, I think I’m firmly in camp Yennifer when it comes to my romance choice.  Triss may come off as a kinder and gentler soul, but Geralt opens up around Yen in a way that he just doesn’t around Triss.  In fact, I like Geralt more than I ever have before because I found that his reminiscing with Yen is the most human I’ve ever seen him act.  I will admit, however, that my change of heart towards Triss may also come from having read more of the backstory in the previous games and books and thinking she’s actually a bit creepy.

Of course, like in every other post I have made about The Witcher 3, I have to take a moment to praise all of the phenomenal writing that comes into play when doing the side quests.  Everything I do feels memorable, no matter how small.  There was a quest where I had to decide whether to force a man to take back his crazy spouse who cursed his child or reroute the curse to kill the spouse.  It’s a quest that took five minutes or less to resolve, but it was so well-done and engaging in a way that most fantasy titles try and fail to do.

The highlight of the side quests this time around, however, is the quest to decide who is to rule Skellige in the wake of the prior king’s death.  In addition to finding all of the quests a lot of fun, I saw a legitimate claim by both Cerys and Hjalmar regarding who should be the ruling sibling, making my ultimate choice difficult.  While I went with Cerys, I would definitely be interested in potentially replaying one day in order to see what would happen if I picked Hjalmar instead.

If I have any complaints about the Skellige portion of the questline, it’s simply that there isn’t enough of it.  After spending a good seventy hours in Velen and Novigrad, I was a little disappointed to fall in love with Skellige, only to be leaving after only fifteen to twenty hours of quest content.  There are still a few more contracts left to clean up, and I can always clear out more objective markers, but the major side quests are completed much more quickly than in the prior areas of the game, and I can’t help but be a little sad about it.

Since Skellige wasn’t a huge area, I don’t have a ton to say in this update.  At this point, I will probably finish the game off and post a huge analysis piece where I sum up all of my thoughts across these analyses.  I’m both excited and terrified for this, as I’ve never done a thorough analysis before and I am not certain of how it will go, but I definitely feel like I have enough complex thoughts about this game to do this successfully.

What were your thoughts on Skellige?  Let me know in the comments below, but please refrain from spoiling anything beyond where I currently am in the game!

Additionally, if you’re interested in The Witcher 3, consider using my affiliate link to purchase it!  As an Amazon Associate I earn from qualifying purchases.  I’ll get a small commission at no additional cost to you.  Purchase The Witcher 3 on Amazon.