It’s Tuesday, which means another top five recommendations for a Hogwarts house is here!  For more information, take a look at my previous recommendations for Gryffindor and Ravenclaw.  Top Five Tuesday is a tag hosted by the ever-awesome Bionic Book Worm, so go check out her post here.  […]

I had a pretty good week, both for my reading and gaming habits.  In my weekly wrap-ups, I will be covering what I did last week, what I plan to play and read this week, and highlight some great stuff that other content creators have put out this […] 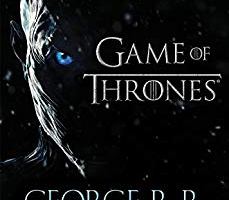 A Game of Thrones Review

Title:  A Game of Thrones Author:  George R.R. Martin Release Date:  August 6, 1996 Description:  The first volume of A Song of Ice and Fire, the greatest fantasy epic of the modern age. GAME OF THRONES is now a major TV series from HBO, starring Sean Bean. Summers […] 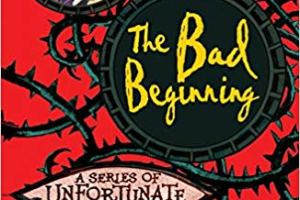 All right, it’s Top Five Tuesday hosted by the one and only Bionic Book Worm, and today is the next Hogwarts house recommendation list!  Today’s topic is on books for Ravenclaws, who are best described as people eager to absorb information and learn as much as possible about […]

As I’ve stated before, I’m terrible at sticking to any sort of monthly plan for my reading and gaming because I tend to just pick up what I feel like doing.  I like the idea of planning out what I’m doing, however, as it makes it easier for […]

Top Five Tuesday is a weekly event hosted by the Bionic Book Worm.  This month is focusing on giving book recommendations based upon each Hogwarts house, starting with Gryffindor!  When I think of this house, I usually think of heavy and action-oriented plots that feature protagonists that aren’t […]

I want to make an effort to do at least one readathon every month because it helps focus my reading into specific challenges and genres.  This month, I have decided to participate in Fantastic February, hosted by Books and Munchies.  The goal here is simple:  Read as many […]

My Rating System for Books and Games

My plan for 2019 and onwards is to review as many books and games as possible on my website because I enjoy helping others make purchasing decisions and also enjoy being able to look back at my own interests and how they evolve over time.  Before I start […]