As a massive fan of indie titles, the past week has been an exciting time to own a Nintendo Switch.  For those who don’t know, Nintendo has released two videos showcasing indie games that are coming out in the near future.  I thought it would be fun to do […]

I have a bit of a Steam Addiction, and thanks to a lot of Humble Bundles and impulse purchases, a lot of the games I own have never been touched.  It’s always occurred to me that I could have purchased a game that I would love, but will […] 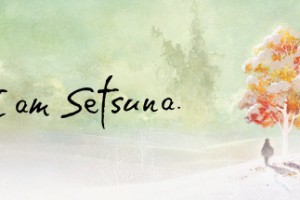 Travelling Soon – What Will I Play?

As many people do in the summer, I’m going to go on a vacation next month!  Of course, as a lifelong gamer, figuring out what I should be playing on the road is an ordeal that must be tackled.  In particular, since I don’t bring my computer on […]

Well, we’ve reached the end.  My final group of characters from Danganronpa.  This grouping was the hardest of the three parts because every one of these characters are nearly equal in my love for them.  Therefore, take the ordering with a grain of salt.  I’ll give my rationale for […]

We are on part two of my list of Danganronpa characters.  At this point, we’re out of characters I just disliked, and on to characters with genuine positive and negative traits.  Rank ordering them was difficult, but I’m proud to display the list I’ve come up with, and […]

As I mentioned in my list of the best games I have played so far in 2018 (link here if you want to read about it), I love the Danganronpa series with all my heart.  With such a varied cast across the three main games, the series is just begging […]

Recently, I created a list of my top ten games played in 2018 so far (here’s a link), so I thought I’d also make a list of the ten worst games I’ve played, as well!  Since I play a lot of games, it would be impossible for me […]

I play a lot of video games from year to year, so making a top ten list in January summing up the past twelve months doesn’t feel quite appropriate.  Therefore, I have decided to do a wrap-up of the first half of the year!  Here are a few […]